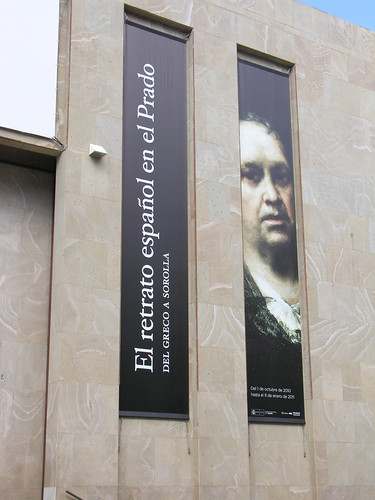 One click and you have captured the essence of a person or a family group, and if it doesn’t please you it’s gone in an instant. That’s the modern easy way but rewind to the 15th century and the portrait often captured so much more as it was lovingly crafted over months or even years. That’s why El Retrato Español En El Prado is so much more than a collection of 73 classic portrait paintings on tour from Madrid’s iconic Prado Museum.
The Spanish Portrait In The Prado is a window on cultural history through some of Spain’s greatest artists and those with strong Spanish connections. Judging by the steady procession of visitors to the Espacio Cultural Caja Canarias, in the heart of Santa Cruz, there is a healthy appetite to get up close and personal with these fine works. 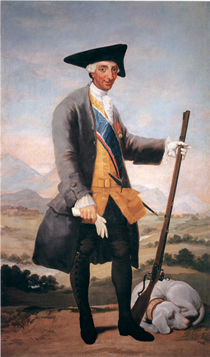 The second of two floors is the starting point for this journey. Court painters were kept busy portraying the great and good and they tended to flatter their subjects, setting them in grand pre set poses. El Greco was one of the big stars of brush and paint, born in Crete he spent much of his later life in Toledo and although his strong, expressive style had its followers, his fame didn’t really take hold until after his death.
Goya was another giant of the canvas and helped to change the style of popular painting, breaking away from the formal. The portrait of Charles 3rd (above) hunting Carlos 111 Cazador was quite a departure with its relaxed setting, not what was expected for a royal pose.
Just as I was getting comfortable with these images of the beautiful people I came face to face with a double whammy, Eugenia Martinez Vallejo (below) by Juan Carreño de Miranda, the subject was unkindly referred to in the painters guide as a freak, strange seeing the painter Vallejo was influenced by Rubens who worshipped the larger figure. It was just another example of how things were changing on the European art scene. 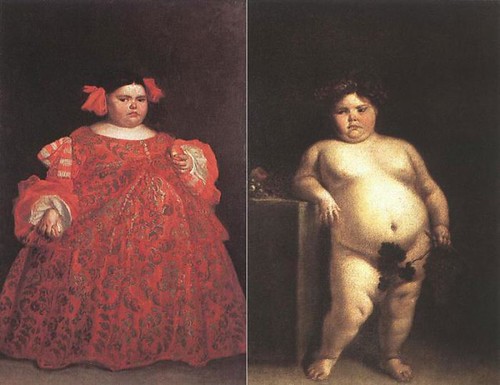 Moving downstairs the portraits had moved on to the 19th century and romanticism, realism and naturalism were all the rage. Sorolla led the emergence of a new school of painters from Valencia and Sevilla. Esquivel came from the latter and favoured big romantic scenes like Ventura de la Vega Leyendo Una Obra En El Teatro del Principe (below). It took him nearly 2 years to complete this group scene and standing up close, as you can with all the paintings here, it’s easy to see why, as the detail is incredible and holds your attention. 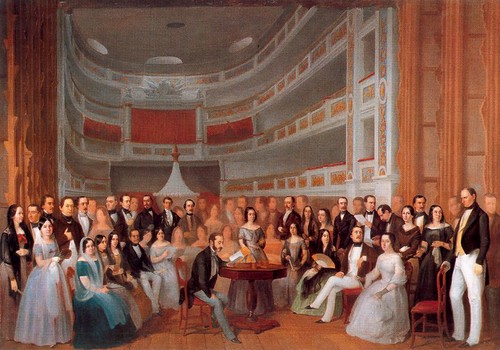 The informal nature of this exhibition should help to encourage more to give classical art a chance. There was a good mix of visitors from the well heeled middle aged to young students in heavy metal t shirts. You could lose yourself in the Madrid Prado but this bite sized introduction to a chunk of Spanish history is easy to digest and well worth a visit before it closes on 8 January 2011.