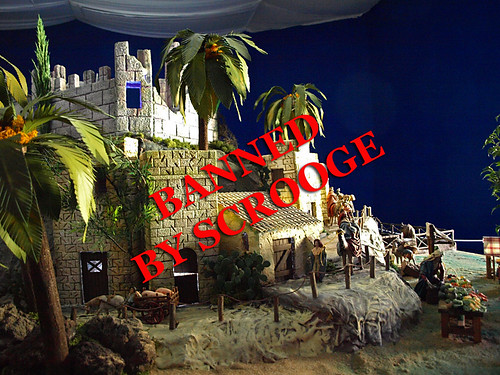 Humboldt’s View
It’s been eleven years in the making but the controversial mirador (viewpoint) dedicated to German explorer Alexander von Humboldt overlooking the La Orotava Valley finally opened its doors to the public last Friday. The grand opening was more of a whisper than a shout, possibly because it wasn’t actually finished yet and workers were still adding the finishing touches ““ like tables and chairs on the open air terrace ““ but by all accounts Humboldt’s Mirador is looking good.

There’s a Carnaval in Tenerife?
Representatives of Tenerife’s Murga Federation were given a bit of a reality check at the VI Congreso Gaditano del Carnaval in Cadiz. The conference included more than 300 representatives from countries around the world who stage carnavals including Argentina, Uruguay and Germany. Tenerife’s representatives were surprised to observe that when carnaval in Santa Cruz was mentioned it was only in passing as just like any other carnival celebration.
“We say here that carnaval in Tenerife is the best in Europe next to Venice and the second best in the world after Rio de Janeiro, and we are fooling ourselves.” One representative lamented after discovering that none of the other carnival countries seemed aware of this claim.
There’s no doubting that carnaval on Tenerife is one of the best in the world, but the Santa Cruz Murga’s experience highlighted an important lesson. Tenerife continually needs to look outside of the island to understand what is happening elsewhere and how the island is viewed by non-Canarios to ultimately learn how best to promote its many attractive qualities.

Los Silos at the Forefront of the Digital Age
It’s interesting to note that one of Tenerife’s most quaint little towns, Los Silos is trying to lead the way in making the town hall’s website more useful for its citizens. Whilst Ayuntamientos (local councils) who really should know better (Puerto de la Cruz) let their websites languish with tumbleweed blowing through their out of date web pages, Los Silos has just introduced a virtual market on theirs. Admittedly there aren’t many items on it yet ““ virtual shoppers can pick up a Yamaha motorcycle, a couple of TVs, a Carrefour recycled shopping bag, a World Cup album and some iron coat hangers. All that’s missing is a cuddly toy (for non- British readers that’s a dated reference to a UK TV programme). Los Silos’ young Ayuntamiento should be applauded for trying new innovations when so many remain counting sand grains from below the surface.

Nowhere to get Naked in Santa Cruz
Another beach has fallen foul of the fear of falling rocks syndrome, this time it’s naturists’ favourite Las Gaviotas near Playa de la Teresitas. The access road to the beach was closed during one of the recent weather alerts for high winds but has still not been re-opened. Enquiries from local naturists as to why the beach was closed were met with no adequate response from the relevant council department in Santa Cruz. In fact no-one in authority seemed to be too sure of who was responsible. However, apart from the left hand not knowing what the right hand was doing, the most pressing question is why would anyone want to expose everything to the elements during the wind and rain that some parts of Tenerife experienced last week?

A Tragic Tale
This is one of those tragic stories that makes you wonder just how much animals can sense about what’s going on. A farmer in Tejina was killed by a normally placid bull that he had raised since it was young. The bull turned on his owner and gored him in the stomach when he tried to load it into a truck”¦whose destination was the slaughterhouse.

And finally the TIT (This Is Tenerife) of the week award goes to a true Scrooge of an official in Santa Maria del Mar.
There are petty bureaucrats and then there are petty bureaucrats. Belénes (traditional nativity scenes) are as much a part of Christmas on Tenerife as turrón and Feliz Navidad playing endlessly in every supermarket. They bring a smile to people’s faces and offend no-one”¦unless you happen to have a sensitive nature and get upset by El Caganer, or are a jobsworth in Santa Maria del Mar.
A local man has erected a belén in a public garden for the last twenty years without any problem. But this year a local official issued a denuncia against it on the grounds that the belén builder didn’t have the required permit and that it represented a potential danger to the public. Result ““ no belén for the residents of that particular area of the town.
What a load of old tosh. The official’s superiors should be looking into why this mean spirited jobsworth has enough time to waste on such petty matters instead of dealing with issues that are actually important. With any luck the ghost of “˜Christmas yet to come’ will visit Tenerife’s Scrooge and show them that unless they change the error of their ways they’ll be replaced with someone who actually possesses a modicum of common sense.

Tapas with a Difference on Tenerife, El Olivo Restaurant Review