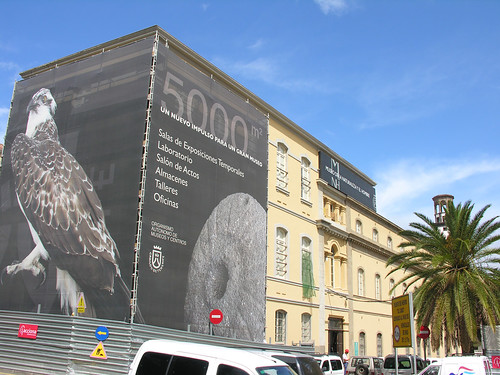 You would think that nature would show some respect to a building that celebrates its history in Tenerife, but the half repaired paths, fencing and busy workman show that’s not the case. The Museo de la Naturaleza Y El Hombre (Nature and Man) has just reopened after floods coursed down Barranco Santos through Santa Cruz, leaving a trail of mud and damage. Thankfully after taking a detour to the entrance, I found the former Civil Hospital as grand and welcoming as ever.

The three storey building was opened as a museum in 2002 and immediately impresses with its spacious and airy layout fashioned around two large courtyards. The mini guide, available in English, Spanish and German, mapped out my route through the many exhibition halls starting at ground level. Good use of lighting and huge video walls made sure that the origin and nature of the Canary Islands sprung into life as I worked my way through. Volcanoes were the driving force as the islands emerged and they get plenty of attention in the early rooms. This was dangerous, I could start sounding intelligent if I took all of this in, I made a note of the words Geo-Morphological, must try and slip them in the conversation next time I’m down the pub. 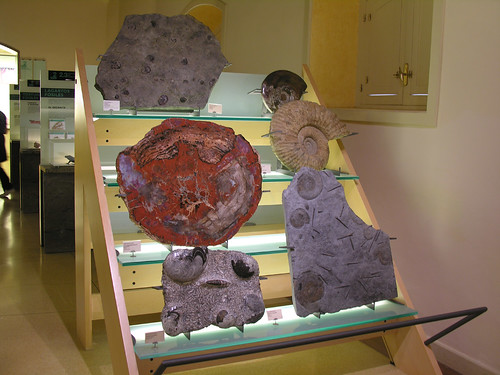 Moving up through the central stairwell it was time for archaeology and natural sciences. The gallery that runs around the courtyards had lots of work stations for school parties, but these were not in use. I only saw four other visitors on my Thursday visit, still nearly twice as many as my Sunday call a year ago ““ and that was a free entrance day! I shall suppress my urge to rant about how ungrateful the public are and tell you about the exhibits.

The collections of fossils on the first floor are pretty stunning. Apparently there are no really valuable minerals in the Canary Islands but more than enough rock stratas to get an expert in a right old state of excitement. The displays of larger-than-life model sea mammals were pretty nifty too, and all the way through the rooms there were shelves of multi lingual guides. 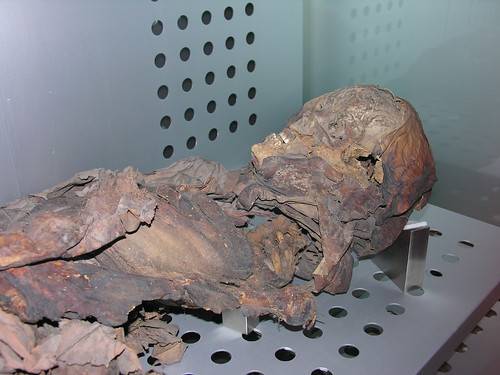 Here I am trying to be educational and the real reason you have clicked this article is to find out about the crumbling skeleton. Hitting the top layer of this historical chocolate box I found the museum’s most famous inhabitants, the Guanche mummies. The aboriginal founders of life in Tenerife date back to between 100 BC and 1000 BC and tucked away in their own alcove six complete bodies bring the past dramatically to life. The bodies were discovered around the island, mainly in La Orotava and reading the notes on this proud warrior race it’s clear they had short and very hard lives. I found the bodies fascinating and not macabre but must admit to a chill of unease at the mummified internal organs, young children and even a foetus. Quite a way to end my two hour stroll through history.

Art Landya Where Bears And Dolls Come To Play

Holding the Fort in Tenerife

Fine Art Worth Seeking out in Santa Cruz

La Laguna, Stargate To The Cosmos