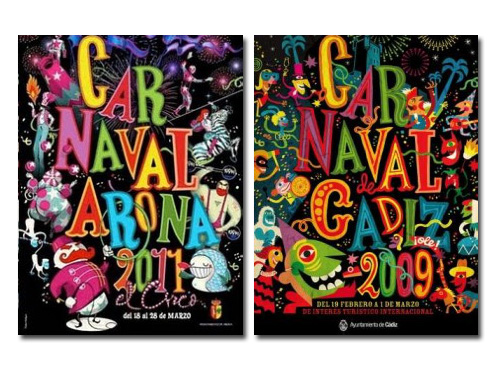 Tenerife’s Biggest Firework Display Threatened
Changes in Spanish firework regulations relating to recommended safety distances during displays have threatened to throw a damp squib on the biggest firework display in the Canary Islands and one of the biggest in Europe, the Fuegos de Mayo in Los Realejos.
The change in regulations meant that in theory firework displays like the famous Los Realejos three hour celebration couldn’t continue”¦in their present format anyway.
However, Mayor Oswaldo Amaro has no intentions of letting his municipality’s jewel in the fiesta crown fizzle out. Apart from lobbying Madrid to have the pyrotechnic battle between Calles del Sol and del Medio declared of national interest and therefore exempt, he’s implemented a cunning plan to create two “˜urban park’ viewing areas for the display. Having designated safe areas should comply with the new regulations, ensuring that the centuries-old tradition is saved and that we can continue to enjoy this superb pyrotechnic extravaganza and fascinating aspect of Canarian culture.

100% Carnaval 0%Drugs
For the third year running the Canary Islands Government have launched a carnival campaign promoting a sensible approach to enjoying the carnival celebrations. The 100%Carnaval, 0%Drugs message is about educating young revellers that when it comes to excess there are no hard drugs or soft drugs, only drugs”¦and that includes alcohol. The campaign also warns against carnival sex. I guess that only leaves Rock “˜n’ Roll to enjoy then.
Last year 18 people were treated for drug abuse and 62% of ER patients were drunk”¦and this was during carnival. Seems small fry compared to Manchester on an average Saturday night.

For People Who Don’t Like Flying
From the 31st March there’s another new way to travel to the Spanish mainland. Naviera Armas are introducing a new route between the Canary Islands and Huelva. It’s not particularly a good option if you want to get there quickly as the crossing takes 28 hours. However, think of it more as a mini cruise as there will be a full agenda of entertainment; a bit like a cross channel ferry. And the price? For residents it’s €40 each way (for a seat only). For everyone else it’s €80 each way.

New Adventure Park for North Tenerife
Anyone who knows the area around La Caldera in the upper La Orotava Valley will know that it’s already a bit of a natural adventure park ““ just try descending through one of the dried out water channels without ending up on your rear. But the local council have plans to create a more structured adventure park behind the popular zona recreativa (picnic area). The project is still to get the green light from the Canaries Medio Ambiente Dept (environment), but if it goes ahead the park will have routes through the forest that include suspension bridges, zip-lines (known also as death slides) and Tibetan bridges (think narrow swaying affairs of the kind that only Indiana Jones would tackle) as well as whole load of other natural white knuckle attractions. Seems more like commando training than recreation”¦but it also sounds as though it could be a lot of fun.

Slow Down, You Move Too Fast”¦
In case anyone missed it, the Spanish Government have reduced the speed limit on motorways from 120kph to 110kph from 7th March in a bid to reduce fuel costs during the current crisis affecting the Middle East and North Africa. As we understand it anyone who is caught breaking the speed limit won’t end up with points on their licence because it’s not a safety issue, but they will be hit with a fine. So far Spain is the first country to take action to introduce speed restrictions. The restriction is supposed to be temporary.

And finally the TIT (This Is Tenerife) of the week award goes to… Arona Council for the second week running.

This time it’s for coming up with an “˜original’ carnival poster that was almost exactly the same as one designed for the Cadiz carnival in 2009. The embarrassing piece of what appeared to be blatant plagiarism came about as a result of the council “˜designing’ a poster in-house instead of holding a competition which is the usual method of choosing unique carnival posters. A spokesperson for the council said that the poster “˜wasn’t exactly the same, but looked totally similar’. That would be exactly the same then. Have a look at the images of the two posters at the top of the page and decide for yourself.
Needless to say the offending poster was removed from Arona’s website and replaced with a logo (but you can still see it in the background in photos on the Arona Turismo website).
Somebody in Arona clearly made the same mistake that Colonel Gaddafi made last week when he denied there were riots in Tripoli ““ they haven’t woken up to the fact that the public has access to all sorts of information courtesy of the World Wide Web.

Anyone Fancy a Free Holiday at Sands Beach Resort in Lanzarote?