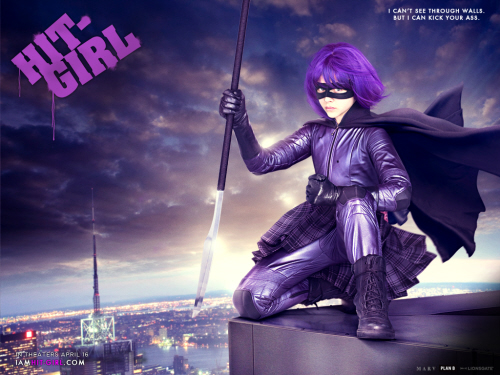 Movie Superheroes to Descend on Tenerife
Well that’s the plan if Mark Millar, the creator of the cult superhero flick Kick Ass, has his way. The movie, called Supercrooks, a cross between Oceans 11 and X-Men, has been given the green light by Universal Studios with filming scheduled to begin in January. But will it be filmed in Tenerife? The plot revolves around a gang of villains with super powers who descend on Tenerife to rob the richest man on the island ““ their logic being that Tenerife is full of fat cops who wouldn’t pose nearly the same sort of opposition that villains meet when they head for the likes of Gotham City. Millar wants to cast 10 top stars in the movie and no doubt another high profile movie would do wonders for tourism ““ but a script focussing on fat cops and crooks might not be exactly the image that Tenerife wants to present to the big wide world.

The Invasion of the Canary Islands
Muammar Gaddafi announced on Libyan television this week that the Canary Islands, Sicily, Andalusia and some Mediterranean Islands were all Arab lands that should be liberated. He clearly subscribes to the theory that Tenerife’s original inhabitants were descended from Berbers. Looks like those in the Canary Islands who want independence from Spanish rule and really want to embrace their Guanche heritage may get their wishes granted if the Libyan leader gets his way. Not sure this is what they had in mind though.

No Fun in the Sun in Puerto de la Cruz
For years the Dia de la Embarcación in Puerto de la Cruz has been a heady mix of wild and wet water party throughout the day followed by an emotive and serious procession as the Virgen del Carmen and San Telmo are carried through the streets of the town and loaded into their chosen craft to be taken on a trip around the bay. Dia de la Embarcación attracts thousands of residents and visitors and is an enjoyable mix of religious tradition and contemporary activities…but not this year. In the past the town’s elderly mayor threatened to ban water pistols from the celebrations but after being voted out of office four years ago he’s had to wait until his re-election to implement his plan to extract the fun elements from the day. As one person commented in a Spanish newspaper ‘this isn’t a fiesta for fun”. In that respect it’s mission accomplished.

Michael Bolton and Kenny G ““ How Was it for You?
The question is did anyone go? We didn’t (there are some things above and beyond and all that). Press reports were thin on the ground but suggested that around 4,500 thousand people turned up for the event. It was a very poor turnout for a concert on Tenerife where local Latino bands can attract much more. However, the concert was never going to attract high numbers. The artists weren’t ‘superstar’ names even in their heyday a quarter of a century ago and the low turn-out wasn’t helped by the fact that tickets only went on sale a couple of weeks before the actual concert. However, those who did turn up seemed to enjoy themselves and the organisers claimed that they were pleased with the result ““ what else can they say? If the Sun Live Festival people want bigger audiences they need to put more thought into the artists they bring to Tenerife. Whilst the island had Michael Bolton and Kenny G last week, neighbouring Gran Canaria has Sting this week. Sting’s not exactly at his peak but we’re willing to bet he attracts a hell of a lot more than 4,500 punters.

And finally the TIT (This Is Tenerife) of the week award goes to…The Tourist Office in Santa Cruz
Good first impressions of anywhere are vital, especially when you’re talking about a destination like Santa Cruz which receives thousands upon thousands of cruise passengers each year.
The contemporary curves of Plaza España are an attractive and promising start to visitors arriving in the city. But if they wander into the tourist office beside the fountain their impressions may change rapidly if our experience is typical.
Tenerife Magazine ventured into the office to carry out some research about the information available to new visitors. The welcome (if it can be described as that) was unexpected. A surly woman, clearly irritated at having to tear herself away from her computer, thrust a map under our noses, scribbled a few circles, mentioned a few names that would have meant nothing to people who didn’t know the place and dismissed us by turning back to her desk. She hadn’t taken the time to find out what we actually wanted to know…and we were speaking Spanish. God knows how she would have reacted if we’d tried in English.
In fairness, most (but not all) tourist offices on Tenerife are staffed by people who are very helpful. However, this is the capital, the first port of call for cruise passengers. Would it be too much to expect that tourist officers were trained to realise that it is of the utmost importance that the face they present to ‘guests” in their land is a friendly and welcoming one?