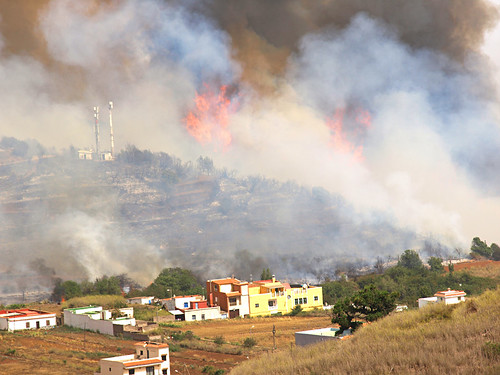 Forest Fires on Tenerife
Ironically, just as the forest fires that affected the area around Erjos in El Tanque were stabilised and downgraded to a level 1 risk, the World’s press started printing stories about fires raging in Tenerife.
Despite the facts that the Tenerife Government had declared the fires stabilised and despite the fact that they was never a threat to tourist areas at any point, some sensation mongers went to town with the story. Top of the tree was the Daily Mail whose headline was a disgrace. The headline, ‘Foreign Office warns tourists over Canary Islands wildfires as two firefighters are killed and 4,000 homes evacuated’, was misleading, inaccurate and insensitive. No firefighters were killed fighting the fires on Tenerife or La Gomera.

The Mirror went one better in their article headlined “Wildfire terror: Brits face evacuation as blazes rage through Canary Islands forests” when they stated “More than 3,000 people, including many visitors, are already grouped in a safe area of the western Tenerife port of Puerto de Vueltas.”
The sharp-eyed out there will have spotted that Vueltas isn’t actually on Tenerife, it’s on La Gomera which sadly, really is in a critical situation as far as forest fires are concerned, but there are indications that things are improving there as well.

Many sections of the British press have been at least a day behind with their reports and some of the lesser quality rags have, as usual, played on the tourist angle, even though one didn’t exist.

Unfortunately too many people are still taken in by this form of cheap sensationalism. The reality is most tourists in Tenerife’s resorts would only have been aware of fires if they were keeping up to date with local news.

The actual situation was that a fire broke out in an allotment (cause still unknown) near Erjos in the municipality of El Tanque on Friday night. Anyone who has travelled on the TF82 between Los Gigantes and Icod de los Vinos should be familiar with this hikers” paradise near the Erjos pools.

Firefighters believed the blaze to be under control by Saturday morning but a heatwave at the weekend brought hot winds and temperatures above 40C, fuelling the flames. By midday on Saturday the fire had engulfed swathes of forest and was elevated to a level 2 as it spread across the valley.

Throughout Saturday 2,200 people were evacuated from nearby towns and villages, many purely as precautionary measures, bus services were cancelled and some roads were closed.

By Sunday night around 1,200 firefighters and volunteers supported by helicopters and members of the Military Disaster Relief Unit (UME) from Gran Canaria were able to successfully stabilize the 14 kilometre long perimeter of the fire. By Monday, the fire was brought under control, a total of 369 hectares in the municipalities of Buenavista del Norte, El Tanque and Los Silos having been affected. 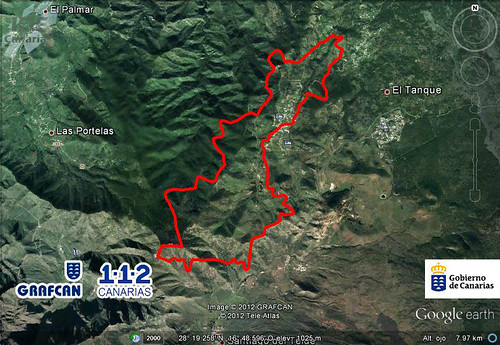 Once again the Emergency services have performed above and beyond.

Whilst roads have re-opened and residents have returned home, the area is still a hot spot and firefighters continue to work to fully extinguish the fire. It is not a tourist attraction and the Tenerife Government has stated that people should stay away lest they get in the way of the emergency forces.

This is the current situation, so any headlines that still even hints at tourists, or anyone, fleeing fires on Tenerife should be totally ignored. Also it might be worth considering changing your newspaper to one that actually prints news.

Update 15/08/2012: Another fire has broken out in the forest above Los Realejos in the north of Tenerife. Firefighters have been tackling it from early morning and, fingers crossed, seem to have it under control. 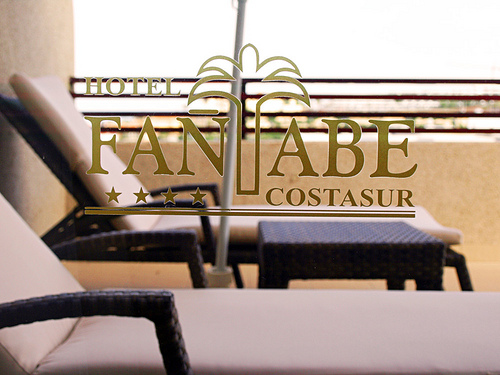