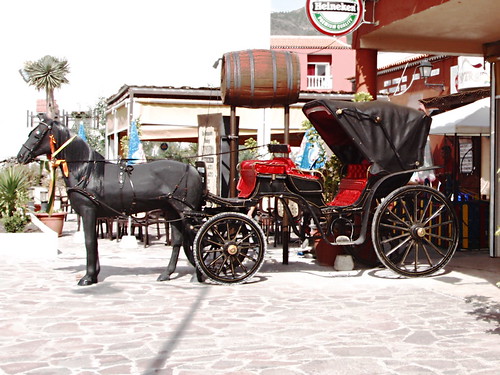 A Tenerife Hero
This week Tenerife’s President, Ricardo Melchior and the Mayor of Santa Cruz, José Manuel Bermúdez paid tribute to a Tenerife hero, Lieutenant General Antonio Benavides, by laying a crown of flowers on his tomb at the Iglesia Matriz de la Concepción in Santa Cruz on the 250th anniversary of his death.
Antonio Benavides, born in La Matanza, was a soldier whose story is the stuff of movies and historic fiction. Apart from demonstrating bravery and heroism in a number of battles, he ostensibly saved the life of King Felipe V during a skirmish in Asturias by giving the King his less recognisable war horse, it was a gesture which nearly cost him his own life. As a reward he was made Governor of Florida which, in 1718, seemed more a punishment than a reward. Florida at that time really was the wild, wild west. Benavides found himself battling Native American Indians, English settlers and even pirates in his quest to bring law, order, peace and prosperity to the state. But he managed it and even struck up a treaty with the Appalachian tribes who came to trust Benavides because of the respect he showed to them and their rights as indigenous peoples. He remained governor until 1734 when he was reassigned to Veracruz in Mexico. Despite his distinguished career Antonio Benavides died in poverty back in Tenerife at the age of 85. These few lines only give a taster of the exceptional life of this heroic Tenerife soldier, it’s worth delving deeper into his story. It’s good to see that a Tenerife’s son who helped shape history is still remembered and honoured.

Photographing The Firm
What does a photo documentary by Jocelyn Bain Hogg illustrating scenes from the lives of people involved with the British organised crime scene have to do with Tenerife? Some of these ‘gritty’ images were shot (maybe not the best phrase to use) in Tenerife.

Navidad is Over…Time to Get the Wallet Out
Almost as soon as the Tres Reyes clip-clopped out of town on the backs of their grumpy camels, the fervour started anew with the beginning of the traditional winter sales on Tenerife and the other Canary Islands. From the 7th of January until the 6th March our favourite shops will have rebajas plastered all over their windows and people will be forking out less money for items they don’t really want or need. The sales can be a nightmare for the first few days but after that things calm down. For anyone not on Tenerife during this time, there’s a second chance to pick up some Tenerife bargains as there are also summer sales which will last from 2nd July to 1st September on all the islands except El Hierro where they’ll run from 15th July to 15th September.

Navidad is Over Part 2 ““ Get Ready for Carnaval
Almost before the last firework has petered out, it’s time to start preparing for Carnaval 2012 on Tenerife. Carnaval die-hards will want to know that tickets for the murga contests and the election of the carnaval queen are now on sale. Tickets for the murgas cost around €10 and €19 for the final (do people really pay that much?) and €10 to €15 for the election of the queen. They are on sale at generaltickets.com

And finally the TIT (This Is Tenerife) of the week award goes to”¦Santiago del Teide
Sometimes it seems as though Spanish officialdom is hell bent on making life as difficult as possible for small businesses. How else can we explain why, in the middle of an economic crisis when local authorities should be supporting businesses in their community, officials in Santiago del Teide take an opposite stance. Some cafes and restaurants in the town were forced to remove tables and chairs from the pavement even though owners claimed they’d paid the required taxes to have them there. The reason seems to have been a decision to enforce a law that had been more or less ignored since 2005. Laws are laws and have to be complied with, but the gripe in the town is that there was no consultation beforehand, no period of grace to resolve the issue before it became a problem. Even the iconic horse and cart that is a symbol of the town apparently fell foul (foal) of the law.

The perverse aspect to this is that in troubled times a council would take a course of action that makes it less attractive for tourists to stop there. Where’s the horse sense in that?