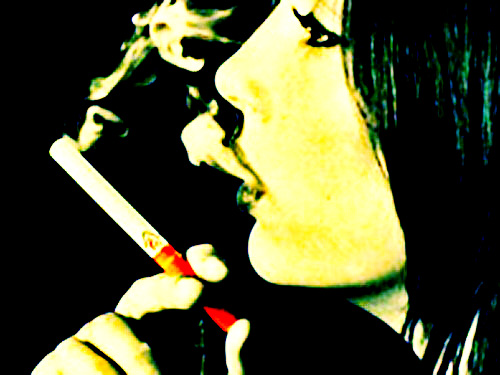 It’s the dawn of a new year; a time to start afresh, eager and hungry to put into practice all the things we learned from our mistakes over the last year”¦or is it?

No Smoking Tenerife
The big story of the year so far is Spain’s new ‘no smoking’ law introduced on the 2nd January. The government showed some consideration by giving smokers New Year’s Day to enjoy a last puff in their favourite bars as they recovered from the previous night’s partying.
Despite enjoying a four year stay of execution after the last non-law was introduced in 2006, some people seemed completely shocked by the fact that it was actually happening and reacted as though Spain was the only place where non-smoking laws were being introduced”¦instead of being one of the last places amongst the main EU countries. Interestingly in one Tenerife bar, where there was a mix of Tinerfeños and British visitors, the visitors seemed to know more about the introduction of the law than the locals. Despite mutinous shouts of “˜loco’ and “˜prohibido prohibir‘ (there’s a movement with that name whose goal is to overturn the law) it finally was lights out for Tenerife’s smokers.
The first “˜no smoking’ day didn’t pass without incident. There were over 300 denuncias issued against puffers who refused to comply and one man in the Basque country was arrested after threatening a nurse who asked him to extinguish his cigarette.

Who Nicked Baby Jesus?
One of the more bizarre robberies over the festive season was the theft of the little baby Jesus from the belén in Candelaria. The baby might have been worth €240 (really?), but it’s difficult to imagine there’s much of a market for stolen baby Jesus’s, especially now that the festive season is almost over. It’s more likely the theft was more of a prank, given that this is the second year in a row that he’s been stolen. Last year apparently the council tied Jesus down to try to keep him safe but without success. Clearly the shepherds weren’t watching over their flock that night.

Grave Robbers in Arico
An even more bizarre and macabre theft took place in Arico when mourners visiting the local cemetery to lay flowers on loved one’s graves found that seven graves had been opened and their inhabitants were missing. It’s not the first time that there’s been a spate of grave robbing in the municipality and the mayor insists that it’s definitely not the work of anyone local. Instead he claims that a satanic cult from the south of Tenerife are to blame and cited the regular appearance of dead chickens at the cemetery’s gates as evidence of the practice of black arts. None of the missing corpses were from recent times, most being from the 1920s and 30s. It sounds like an intriguing mystery that’s worthy of further investigation”¦but not by us scaredy cats at Tenerife Magazine.

The Most Glamorous Roundabout on Tenerife
Only in Tenerife could roundabouts be considered tourist attractions; a few years ago Puerto de la Cruz even held a firework display to celebrate the opening of one, but Los Cristianos has gone one better. Anyone who drives into Los Cristianos knows the roundabout at the entrance to the town only too well. Tackling it is not for the fainthearted; a good knowledge of local driving quirks is definitely required. But now the beast has beauty. The council has spent over half a million euros installing fountains, light displays, sculptures and a garden to welcome drivers into the town. It’s absolutely lovely and just what Tenerife’s drivers need at a busy intersection”¦another distraction.

The Last €2500 Baby
The last baby of 2010 born in the Canary Islands arrived on Tenerife at five minutes to midnight earning her parents the last €2500 ‘baby’ cheque from the government. The baby girl was a day overdue and her tired and relieved mother commented that it meant more just to get her out than to get the cheque.

And finally the TIT (This Is Tenerife) of the week award goes to The Spanish Postal Service
Whilst everyone was getting in a huff, but less of a puff, about the new smoking law, the Correos (Spanish Postal Service) quietly introduced changes that could have quite an impact on anyone who regularly sends mail to other European countries from Tenerife.
Postal charges normally increase from the 1st January each year and for 2011 the Correos issued a press release patting themselves on the back for only raising the price of a standard letter (up to 20g) to Europe by 1 cent from €0.64 to €0.65. The press notice also pointed out that Spain’s postal service was one of the most economic in Europe”¦really? Now for the truth.
What the press notice didn’t say was that they also moved the goalposts for calculating postal charges. From 1st January the cost of sending letters over 100g increased by an astounding 74%. So next time you write that long letter to an old friend, or send that special birthday card you might be in for a shock to discover that posting it could cost a whopping €6.
One of the most economic in Europe? The cost of sending the same letter from the UK to Tenerife is £1.98.
Either they’re stupid or the Correos think we are stupid. But then, whilst everyone has been getting their knickers in a twist about not been able to smoke, there’s not been a squeak about this little stunt. Not even from Spain’s national TV companies some of whom reported the Correos’ press release almost verbatim. Make of that what you will.

Rowing For A Record Come Hell Or High Water