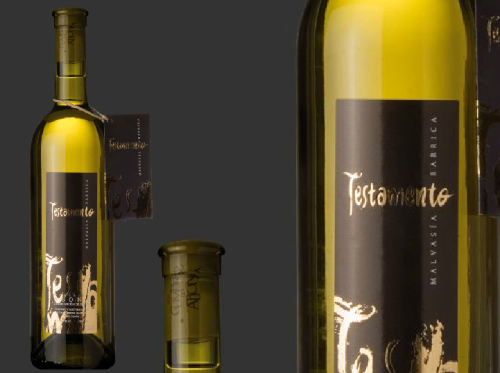 Tenerife’s Wines are the Best in Spain
Congratulations to Sociedad Cooperativa Cumbres de Abona and Bodegas Insulares Tenerife, S.A. who both picked up awards at the prestigious Baco Cosecha wine awards for Spanish wines harvested in 2010. The Sociedad Cooperativa Cumbres de Abona on Tenerife’s southern slopes picked up the gold medal for their Testamento Malvasia in the category for barrel matured whites, whilst north Tenerife’s Bodegas Insulares Tenerife, S.A. won the bronze award in the red wines category for their young red, El Ancón. It would be positively rude not to toast their success with a glass or two of each…salud.

Santa Cruz in the Top Forty
But this particular statistic is not one to crow about. A recent survey of more than 5000 local authorities in Spain that have some sort of debt (there are over 8000 in total in Spain, so respect to the 3000 who don’t have) revealed that Santa Cruz came in at number 37 with just over 97 million euros of debt. It’s an improvement of a few places since the last time the study was carried out but it’s not really the sort of top forty that you want to be in. However, there was one Canarian local authority who came out worse. Neighbours and rivals Las Palmas de Gran Canaria were seven places higher up the black list at number 30; a fact which no doubt softened the blow a little for the Las Palmas-phobes on Tenerife.

A Fishy Business
A story that made us smile this week was the news report regarding agents from the Canarian Police Force breaking up a heinous smuggling ring. In truth it wasn’t exactly heinous as the culprits were illegal fishermen caught red (snapper) handed on a beach in Los Realejos. But with a haul of over 30 kilos of fish and nearly 10 kilos of shellfish these guys were clearly no minnows. Every cloud has a silver lining however, and residents of a local old folks” home found themselves the beneficiaries of the crime as the Canarian Police donated the fishy haul to them ( fish & dodgy hips perhaps). We don’t want to carp on about Tenerife’s police forces but at least the story provided a clue as to what the Canarian Police Force actually do. Finally, we’re still trying to confirm reports that the three perpetrators were all sporting mullets. Okay, that’s enough of that nonsense.

Camino de Socorro – A Site of Cultural Interest at Last
It’s only taken 21 years, but this week the historic pilgrims” route of Camino de Socorro in GÃ¼Ã­mar was finally declared a Site of Cultural Interest. Thousands follow the route each year to commemorate the place where the Virgin of Candelaria was first sighted on Tenerife at the unassuming hamlet at El Socorro. Anyone who says that it takes a lifetime to get anything done on Tenerife is exaggerating…it only takes decades.

With little more than a month before the big summer concert featuring Michael Bolton and Kenny G at Costa Adeje Golf on 8th July there is incredibly, and worryingly, still no sign of tickets going on sale.
The official Sun Live Festival website still bears the legend “More information soon” on its ticket information page.

Certainly it’s not the norm for a concert of this calibre not to be making tickets available way in advance of the date to maximise attendance and give visitors who want to plan a trip to Tenerife to coincide with seeing Michael Bolton time to organise their schedules.

Given that the organisers have experience of putting on concerts of this magnitude it seems unlikely to be purely down to inept marketing and planning (then again…) so it suggests that there might be another issue.

No doubt the mystery will be cleared up soon but, as one Spanish visitor to the organisers” website commented, it is “Muy raro’ indeed.

Adeje And Arona Get The Summer Dance Beat