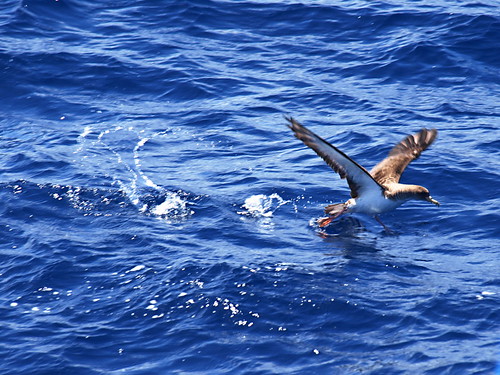 Strange Lights in Tenerife’s Sky
According to scientific reports, a recent experiment conducted between the Observatorio del Roque de los Muchachos on La Palma and the Observatorio del Teide here on Tenerife may have looked to onlookers as though the two Canary Islands were involved in an epic Jedi battle. Over the course of two weeks, luminescent green lasers were beamed across the 144 kilometres between the two islands as part of an experiment into using ultra-modern technology to track greenhouse gasses in order to better understand the Earth’s atmosphere.
The two observatories were chosen by scientists from Graz in Austria, York and Manchester because there are very few places on Earth where there are two peaks of sufficient height with the necessary facilities and with no obstructions in between.

Reports suggest the green lasers in the sky looked like scenes from Star Wars. However, despite having clear views of the sky between Tenerife and La Palma, the experiment went…well, you could say over our heads.

Ghostly La Laguna & the British Mediums
English speaking mediums seem to be in vogue in Spain at the moment. The bizarre Spanish TV programme Más Allá de la Vida features British medium Anne Germain conveying messages on air from the dead to members of their family. She does this in English which is translated into Spanish by the presenter. Presumably English is not only the business language of the world but also the universal language of the dead as well.

A British medium on Tenerife, Angie Freeland caused a bit of a stir this week by describing in detail the death of Catalina Justiniani at the Casa Lercaro Museum of History and Anthropology in La Laguna. In the 16th century, the young Catalina took her own life after being forced to marry against her will. Because she committed suicide, the Church refused her a burial and she was placed in a well inside the house where her unhappy ghostly figure still wanders the corridors. Allegedly without prior knowledge, Tenerife’s medium Angie Freeland described not only how Catalina died, but also where her body was laid to rest. The first you can easily find out by ‘Googling’, the second is only known to a few people ““ spooky.

Getting Back to Nature
Nice to hear that in the last year 1200 Cory’s Shearwaters were nursed back to health and returned to the wild thanks to the efforts of the Tenerife Government’s La Tahinilla wildlife recovery centre near La Esperanza. Anyone who spots injured birds on their travels around Tenerife should call 922 445 777 or even 112.

And finally the TIT (This Is Tenerife) of the week award goes to”¦The Case of the Tres Reyes
You can put postal prices up and tell the people that prices have gone down, you can even ban smoking in bars and the result might be a few grumbles before subservience is resumed…but what you can’t do is mess with the Tres Reyes (the Three Kings) on Tenerife.

This week the Tenerife Government announced that due to the economic crisis, the Tres Reyes would not be arriving, as has been the tradition for years, at CD Tenerife’s Heliodoro football stadium in Santa Cruz. They might as well have lit the blue touch paper and stood back.

Outrage and uproar ensued in the capital and even the promise that some of the money saved (around €40,000) would be put to a new Christmas event, a lavish parade full of surprises, was not enough to quell the discontent.

What followed was a few days of emergency meetings before it was announced on Monday that the necessary financial support had been found and the children (whatever their age) of Santa Cruz would not be denied their traditional Christmas treat.

They won’t arrive by helicopter and it’s unclear whether the entrance fee will still be 1 Euro but the chicharreros can worry about that closer to the time ““ all that’s important for now is that the Tres Reyes gig at the Heliodoro is back on. Christmas in the capital has not been cancelled.