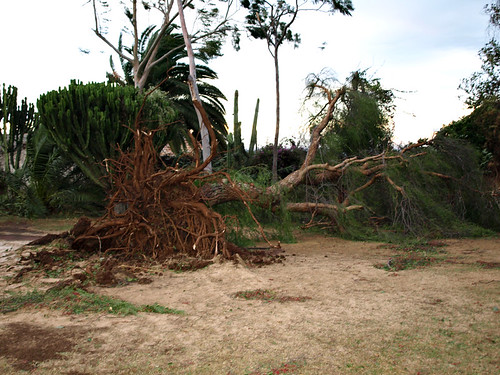 As something resembling normality returns to Tenerife and the Canary Islands, reports of the intensity of the wind, rain, lightning and thunder that have spectacularly assaulted the island range from being not as bad as expected to being described as Delta 2.

Instead of our usual week’s round up of the news in Tenerife, Tenerife Magazine reports on the terrifying and destructive sequence of events over the last couple of days.

Tenerife on Red Alert
A red weather alert was put in place by the Spanish Meteorological Agency (AEMet) for Sunday, warning of the possibility of winds reaching 170kmh in Tenerife’s mountainous areas and 130kmh on the coasts. By Sunday afternoon, the Tenerife government announced they were activating the island’s emergency plan (Plan Insular de Emergencias).

As Sunday progressed with no real sign of any extreme weather conditions, it began to seem as though the island had escaped the worst ““ it turned out to be an almost clichéd calm before the storm.

Despite the storm arriving from a south easterly direction, the southern coast escaped the full force of the wind as did many other parts of the island; instead it focused its malevolent power on northern slopes, especially around Puerto de la Cruz and Los Realejos where winds raged throughout the night reaching terrifying speeds of 145kmh in Puerto de la Cruz (Delta’s winds reached 147kmh at the coast) and 190kmh at Izaña on Tenerife’s cumbre. 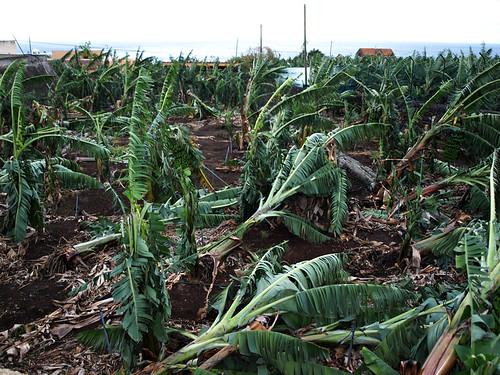 Aftermath of the Tenerife Storm
Initially newspapers reported that winds had been less fierce than anticipated, but as the day wore on a picture of what had occurred became much clearer.

Injuries have thankfully on the whole been minor. At present there is only one report of a serious injury caused by an iron door falling on a man in Los Realejos. 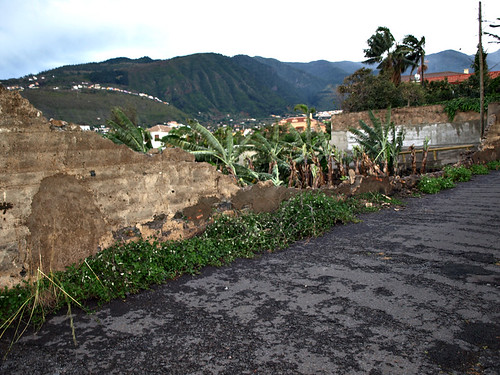 The Unpredictable Storm
During much of Monday the internet was full of varying accounts of the storm. Those on southern coasts told of rain but not much wind while in the hills there were reports of strong winds. Santa Cruz escaped much of the storm and Puerto experienced tropical storm type conditions similar to Delta’s.

José Miguel Ruano, Tenerife’s minister for Presidency, Justice and Security told press that there had been strange weather patterns during the storm with rain in some places, strong winds in others and even a significant increase in temperatures in parts due to a stream of tropical air linked to the storm.
This last part explained why in Puerto de la Cruz, during the height of the storm, it had also been unbearably hot even during the night.

By 3pm on Monday afternoon the red alert was reduced to orange. Although this meant that winds could reach 90kmh, it was a relief after 100kmh plus ones.

A Night of Thunder and Lightning
As a passing farewell, Mother Nature came up with a spectacular finale. Many residents across Tenerife found that sleep on Monday night wasn’t an option as the night skies seemed to be kept almost continually lit by never ending flashes of lightning accompanied by torrential downpours and booming thunderclaps that rattled window frames.
The Spanish Meteorological Office recorded an incredible 7,000 plus lightning strikes in one six hour period.
By Tuesday morning the storm finally abated leaving not much evidence it had ever visited in some places and devastating scars in others.

Not being classed as a tropical storm, nature’s assault on Tenerife hasn’t officially been allocated a name. However locals, recognising that this was a storm of Delta’s magnitude, have deservedly given it one; Andresito.

Thankfully Andresito has had enough of Tenerife and has moved on elsewhere. Let’s hope he doesn’t return for a long, long time.