As the latest Bond movie, Skyfall, continues to rake in revenue in US and UK box offices, Ken turns his Shifting Sands gaze to the real world of international espionage. Alerted to the story when reading John Reid Young’s ‘The Skipping Verger And Other Tales‘, Ken’s curiosity was piqued and he delved deeper to uncover an uneasy truth about how Franco managed to leave his base on Tenerife to lead the Spanish Civil War without alerting the authorities. ED

Did the British MI6 assist Franco to escape from Tenerife and lead the rebellion which led to the Spanish Civil War or was the General spirited away from the Canary Islands by right wing Catholic sympathisers? The research is hampered by many a smokescreen but here are the hard facts of British involvement as I see them. 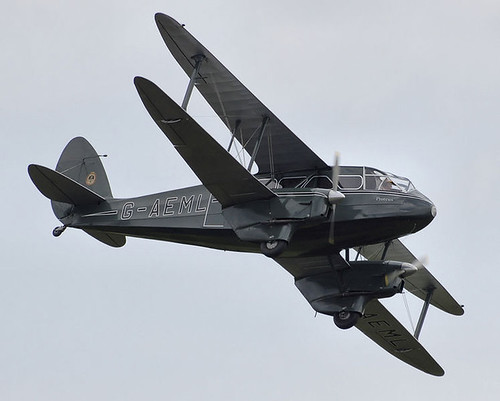 General Francisco Franco was not made the Military Governor of the Canary Islands in March 1936 without reason. He was a thorn in the flesh of the newly elected republican government in Madrid. So some bright spark thought of sending him out of harm’s way to the far flung Canary Islands. Franco chose Tenerife as his headquarters. He spent the next few months, if not dodging bullets, at least wary of assassination. In the meantime the anarchists and communists of the republican movement had turned against the Catholic Church and acts of vandalism against the churches were increasing throughout Spain.

Over lunch at Simpsons-in-the-Strand in Piccadilly, Douglas Jerrold, the Conservative Roman Catholic editor of the English Review met with a fellow journalist, Luis BolÃ­n, London correspondent of the monarchist ABC newspaper of Madrid. They were hatching a daring plot. Speed was of the essence.
Jerrold knew of just the man to carry this out.

Major Hugh Pollard had retired from the army and was living a quiet life in the English countryside writing books and employed by the Country Life magazine as sports editor. He and Jerrold were old friends and both men belonged to well established Catholic families. Jerrold spoke of the plan.

He told Pollard that they were looking for someone to take charge of a small plane which was to land in the Canary Islands. The plane would then be used by General Franco to fly to Spanish Morocco. The mission would have to be top secret. The flight would be registered as a pleasure trip and to add some credence to this, Jerrold suggested that a couple of girls should join the party.

Jerrold and Bolin had already organised the plane, a DH-89 Dragon Rapide chartered to the British company Olley Air Service at Croydon Airport. The pilot was to be Captain Cecil Bebb.

Pollard had to move quickly. Surprisingly he engaged the services of his 19 year old daughter, Diana, and a friend Dorothy Watson to act as his fellow joy-riders.

The plane took off from Croydon airport, near London on July 11th 1936. Pleasure trip? It was less than 10 years since Lindbergh had flown the Atlantic. 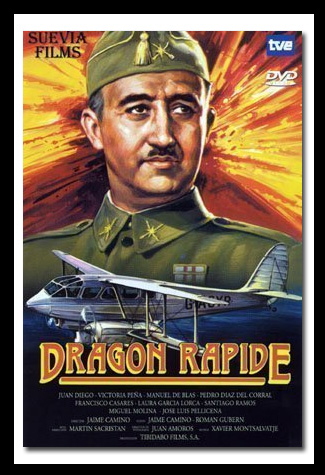 In order to avoid Spanish air space they flew by way of Biarritz, Oporto, Lisbon and Casablanca. The last hop was from Cape Juby to Gran Canaria.

Pollard and the girls caught the ferry to Tenerife and booked into the Hotel Pino de Oro. Pollard had been given a password in order to convince Franco of their authenticity and was instructed to proceed to the Clinica Costa in Santa Cruz and ask for Dr. Gabarda. The password was Galicia saluda a Francia (Galicia greets France). Gabarda paid no attention, possibly because Pollard pronounced this badly. However, the password written down, according to Bolin, was Galicia saluda a Franco (Galicia greets Franco) which makes much more sense as Franco was born in Galicia. Pollard told a reporter three years later that, when he gave the password, Gabarda looked scared to death. No wonder – he’d been confronted with an incorrect password. Pollard was told to return to the hotel and wait until he was contacted.

To maintain a semblance of normality, just before he left Tenerife, Franco played golf with Mrs Moore, the wife of the director of Fyffes.

Franco made his escape. He took over the Spanish Army of Africa which heralded the start of the Spanish Civil War.

Hugh Pollard was an experienced member of the British secret services being a firearms expert who had served in wars and revolutions in Ireland, Mexico and Morocco, sometimes posing as a journalist. He spoke Spanish fluently. His comical lack of the command of the language must have been part of the act.
Luis Bolin described Pollard in his memoir of the venture as a bluff officer type who spoke no Spanish.

Pollard’s friend Douglas Jerrold was also a leading figure in MI6. Had the plot failed especially in these tempestuous times, Pollard and company would probably have been shot. The Catholic connection would have been too brittle to escape death, but it served to deceive their co-plotters ““ the Spanish monarchists.
But why on earth did this man include his daughter in such a dangerous mission? My only guess is that she had joined the service.

I can find no record of how they returned to Britain.

Captain Cecil Bebb also came across as being a simple adventurer. He lived to be 97 and in a television interview in 1983 declared that he had been “approached by a gentleman from Spain, who asked me if I was prepared to go to the Canary Islands to get a Riff leader who was to start an insurrection in Spanish Morocco. I thought what a delightful idea, what a great adventure.” Who are you kidding, Captain Bebb?
Both Pollard and Bebb were awarded medals by Franco at the end of the Civil War.

If Ken’s account has now piqued your interest, you can read the full story of how the whole dastardly deed was orchestrated in Peter Day’s revelatory account, ‘Franco’s Friends‘. ED