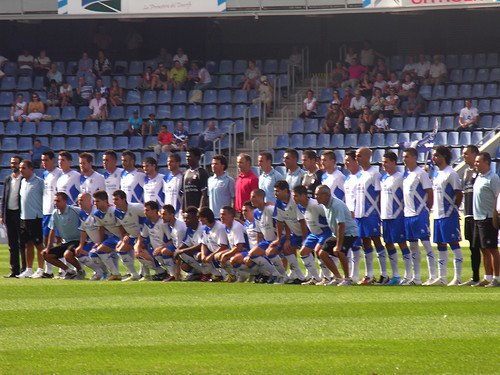 Two relegations in two seasons, five coaches through the revolving door and buckets full of despair, things could surely only get better. That’s what we thought as CD Tenerife fell into Segunda B, the third tier of Spanish football but the summer brought new dramas that had the club fighting for survival.

The club debt of 30 million euros plus has long been a dark cloud hovering over Santa Cruz but the last whistle had barely sounded before news seeped out that the players hadn’t been paid for months. Players slapped in denuncias against the club, the biggest playing let downs were at the front of the queue. Segunda B wage limits and vastly reduced crowd expectations meant the club had to clear out pretty well all the players and those with time left on their contracts dug in for a war of attrition. 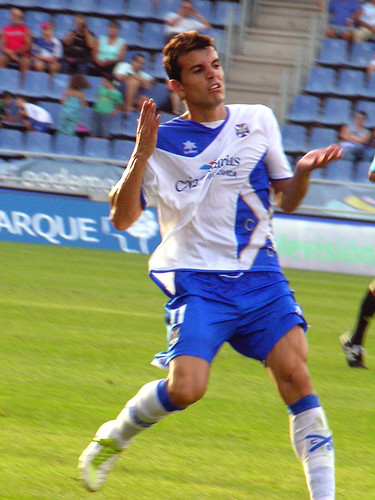 The most heart breaking departure was iconic striker and fans” legend Nino. We knew it was inevitable but that didn’t make it any easier. Finally he took his scoring boots to Osasuna in La Primera. Worse was to come, the final coach David Amaral was sacked after just 10 games and the club’s insensitive handling of the home grown former captain’s departure had him also pressing for a full financial settlement. The upshot of all this was 4 million euros of contested payments to be sorted out before 1st August or a further relegation as punishment. 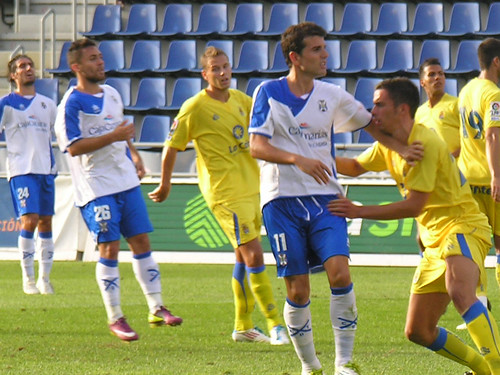 Amid much crying into our Dorada the club ploughed on with plans for the new season. Pedro Cordero came in as Director of Football and started bringing in new blood. The targets were all experienced in Segunda B, horses for courses but hopefully no donkeys this time. An initial batch of 11 of the promising local reserve players were named as possible squad members and a new coach Antonio Calderon was appointed. Calderon may be from mainland Spain but the Tenerife flag was familiar to him after playing in Scotland for Airdrie and Kilmarnock before moving combining playing with a first manager’s job at Raith Rovers.

Gradually most of the rebel players were sorted out with a mix of compromise and sacrifice and popular old guard players Sicilia, Aragoneses and Luna took a sizeable pay cut to stay with Tenerife. Much juggling of promises and fishing down the back of the sofa enabled the club to meet the league demands and the fixtures arrived with a sigh of relief. In the meantime 14 new players had stacked up including Puerto de la Cruz born former player Kiko Raton (below) now 34 but still a fearsome target man to lead the attack. 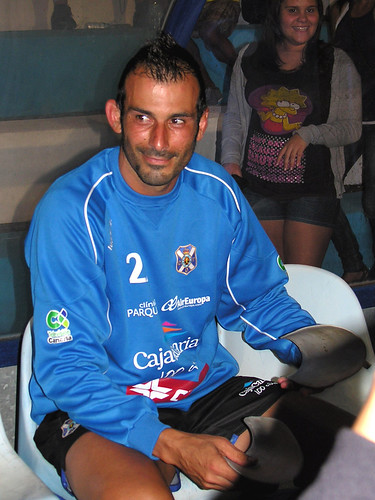 The friendly results have not been convincing, five losses and two wins but mixing together a new team from scratch was never going to be easy. New heroes will soon emerge, the last few pay rebels have been blasted by the fans in the warm up games and there may yet be some more additions to the squad. Playing in one of four sections, CD Tenerife are aiming for the drawn out promotion play offs, no team goes up automatically. It promises to be a tough season but we wouldn’t expect it any other way.

Where on Tenerife is this? Photo Challenge #8 2011