He was pretty handy with a chisel that Rodin, just as well, or the Espacio Cultural Caja Canarias in Santa Cruz would just be displaying 7 tons of random bronze, marble and plaster. The reality is 54 sculptures that give a great insight into the life and work of the famous French artist, and his fascination with the human form.

The last things I expected to see were Rodin’s most famous works, The Thinker and The Kiss, surely they would be steeped in security at the Rodin Museum in Paris. The first of many surprises was finding that he produced several copies in differing sizes of many of his works. This collection is on tour from the Soumaya Museum in Mexico, and contains many pieces that can’t be seen in any form in his homeland.

Francois Auguste Rodin (1840-1917) will take centre stage at the Caja Canarias bank building in Plaza del Patriotismo until 30 April. In his early years he found it wasn’t easy to impress the artistic selectors of the day. One of his first works The Mask Of The Man With The Broken Nose went into an exhibition and was badly received, due to the dark shades of bronze and harsh features. 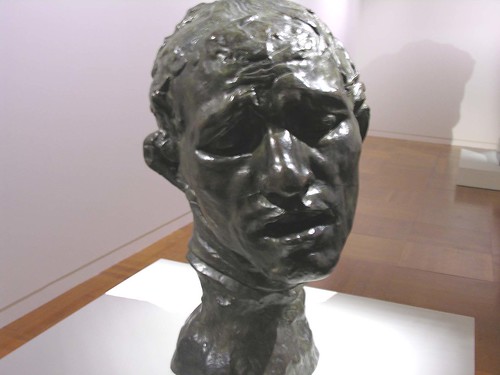 This exhibition takes us through his development from Paris Salon days, through his epic At The Gates Of Hell selection and on to The Burghers Of Calais, commissioned to mark the fall of the rebels in that city. Each period gets its own section of the large two-floor display area. Some of the works are small and in glass cases but others like the two-metre-high head of Burgher Andrieu d’Andres (above) take a little walking around.

Here comes another surprise, I always imagined these sculptors wearing a smock in a dusty room, chipping away at a big block of stone and struggling to finish one masterpiece a year, even without tea breaks. Rodin had it all ticking along nicely with a factory of sorts and a team of experts working from his original designs and plaster versions, to turn out the variations and numbers he required.

The brilliance was all original and grew from Rodin’s fascination with the human body and the way it worked. Using ancient themes of love, suffering and torment, he wanted his sculptures to show the emotions driving the body. The Thinker is a man straining for inspiration and answers, his body tensed in the process. The Kiss draws on an infamous illicit romance between Francesca da Rimini and her brother in law Paolo Malatesta in 1275, the fingertips playing sensually on each body. 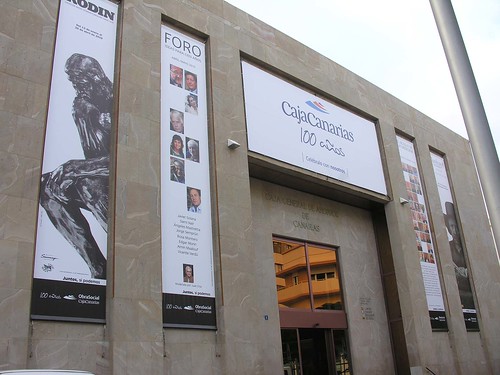 The Guachinche ““ an authentic dining experience