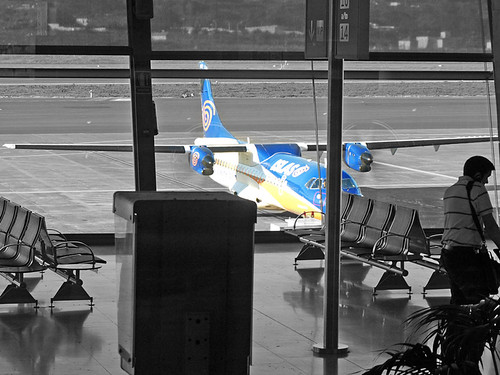 Ryanair flights between Canary Islands?
Low cost airline, Ryanair have expressed an interest in introducing flights between Canary Islands after events this week saw Islas Airways ‘temporarily’ ground all their flights. The company claimed that the introduction of Ryanair flights would benefit people travelling around the archipelago, pointing out that currently it is cheaper to fly from London to Tenerife than from Tenerife to Lanzarote.

Whether it will actually happen could depend on whether the Canarian Government removes restrictions which a representative from Ryanair said didn’t make any sense. If Ryanair are expecting business regulations that do make sense in the Canary Islands, then a) they don’t know the islands and b) they might as well start looking elsewhere to expand their operations.

Tenerife according to the British press
We like to keep an eye on articles about Tenerife in the British press to see how ‘accurate’ the picture they paint of Tenerife is. There were a few interesting perceptions in various rags this week. Here are some bits that made us smile… or groan. A columnist from Scotland’s Daily Record kept the misconceptions about Tenerife fuelled with his statement “…what I love about Tenerife is that 80 per cent of the folk in the bars, shops and restaurants speak English. It’s just like spending a few days in Airdrie.” The columnist commented that he’d never be confused with Michael Palin. As it sounds as though he never strays from his resort, he got that bit right.

Another publication suggested that to get away from the resorts, readers should head up the north coast where ‘…alongside the capital Santa Cruz, a number of quieter, more quintessentially-Spanish towns can be found, such as Garachico.” As one’s in the east and the other in the west, the term ‘alongside’ may have been a bit misleading.

A Yorkshire paper published what was a pleasingly positive article about Tenerife that painted a different picture from The Daily Record. Shame it was let down by a few dodgy ‘facts” ranging from getting the weather in Santa Cruz wrong to cyclists following a route from Puerto de la Cruz via the Afur Valley (in the Anaga Mountains) to get to La Orotava. I”M not sure visiting cyclists would thank them for that suggestion.

Best of all was Tayside and Fyfe’s The Courier which had a cracking piece of information about catching the cable car which ‘runs from Playa de las Americas up to Mount Teide’.

It’s a journey that would be a test of nerves for sure… it there actually was one. Maybe an idea for a tourist attraction for the future?

No German Beer at Oktoberfest?
The organisers of Oktoberfest in Costa Adeje were contenders for TIT of the week after a visitor to Tenerife complained on the travel site Tripadvisor that the beer fest, based on Munich’s famous beer-athon, ran out of German beer three hours after it opened. Considering the doors opened at 5pm that means that the German beer had all gone by 8pm… and it was open till at least midnight. So far, reports of the event which many people were looking forward to, have been quite scathing with many people disappointed by having to wait in long queues only to find a definite lack of Munich beer festival atmosphere about the whole set up. Only on Tenerife do you get a German beer festival that serves mainly Dorado (Canarian) beer. Sounds like more of a Octubrefiesta really. For a more authentic beer festival on Tenerife, it’s probably worth heading to the one in Puerto de la Cruz during Bavarian week in August/September.

The Rock on the Rock
So where does Dwayne ‘the Rock’ Johnson keep his muscles pumped up this week on Tenerife in a break from shooting Fast and the Furious 6? The film and wrestling star worked out at the Imagin gym in Santa Cruz. Meanwhile co-star Vin Diesel was shooting scenes on the rooftops of a town that you wouldn’t normally associate with hi-octane adventure, San Juan de la Rambla on Tenerife’s north west coast.

And finally the TIT (This is Tenerife) of the week award goes to… Playa de las Américas
Arona Council have prohibited the horse and carriages that added somewhat of a pleasant clip clop to the streets of Playa de las Américas in the municipality of Arona. According to news reports, the reason seems to be that they didn’t meet certain requirements and therefore were operating illegally. There are also reports that taxi drivers put pressure on the council because the horses were taking business away from them. What next? Will the pavements will be dug up because taxi drivers moan that they’re taking business away from them as well?
Also handed out, like a tired old hymn sheet, was the excuse used when Tenerife councils want to get rid of something ““ the carriages weren’t good for the tourist image of Playa de las Américas. Really, what image is that? If it’s the boozy, Britain in the sun one often painted in the UK press, then yes, they really didn’t fit that one.
The overwhelming TIT aspect of this little farce about the carriages operating illegally is that a few months ago Arona’s mayor was banned from holding public office for a lengthy period ““ a sentence that he and his political party ignored. So, just remind us again ““ who is it that’s operating illegally in Arona? 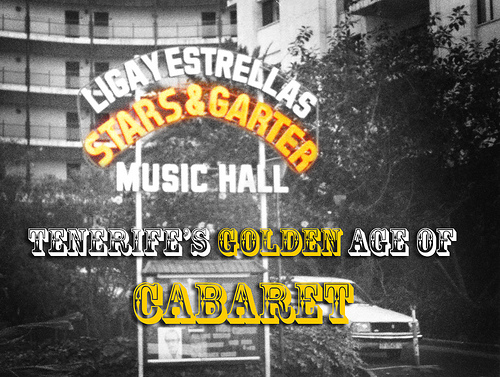 The Singing Bear & Ferry Tales in Tenerife News of the Week