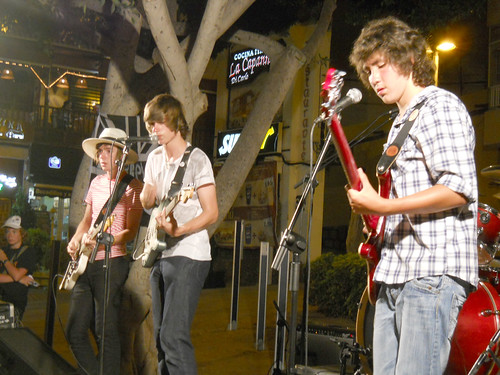 Scottish voices, covers of The Kinks, The Arctic Monkeys and even Britney Spears caught many evening beach front strollers by surprise. Some typical Tenerife non advertising meant that The Replay from Cumbernauld, Scotland arrived on the Plaza del Pescadora stage with no fanfare but after a great set of mod inspired indie rock they left with some new converts to their fledgling career.
It wasn’t the ideal setting, the hastily built stage sat at the back of the plaza just in front of a parade of diners tucking into their Chinese and Canarian meals. The volley ball players and bathers had deserted the beach but there was a steady stream of evening explorers glowing in their best casual clobber. 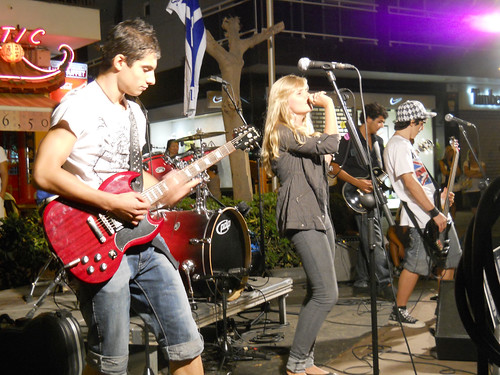 The support band B For Team from Los Cristianos and Granadilla had some local fans moshing away near the front and at one stage even the police glided by on their mopeds to see what the fuss was all about. B For Team, did a good job of pulling in a few curious listeners and the young female lead singer impressed with her strong voice.
Four piece The Replay were preparing in a small marquee and replaced the openers after a few respectful handshakes and some tuning up. You know you’re getting old when bands look younger, but The Replay are young guns; three 14 year olds Jack Boyce on drums, Scott Parker lead singer and rhythm guitar and Carlos Hernandez on bass, plus the 17 year old Luke Boyce on guitar and also the band’s song writer. The bands” influences were clear in the covers they mixed with their own tunes, The Libertines and Arctic Monkeys featured in their set as well as the considerably older Kinks classic You Really Got Me and a well worked up tempo cover of Britney’s Hit Me Baby One More Time.The B For Team fans were soon converted and an appreciative audience grew as passers by recognised the musical skills and delivery beyond the band’s years. 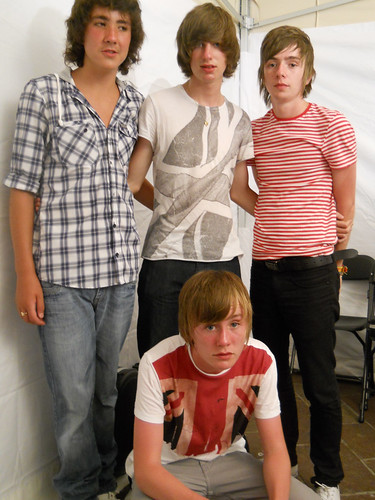 After an hour The Replay signed off and found that rock bands at any age always attract keen young female fans. After the boys had posed for photos and swapped a few numbers with their new fans I grabbed a few words. Carlos explained how the Tenerife connection came about “I have family here in Tenerife and my uncle spoke to Arona council and they kindly invited us over to play here and another concert in Cabo Blanco.” 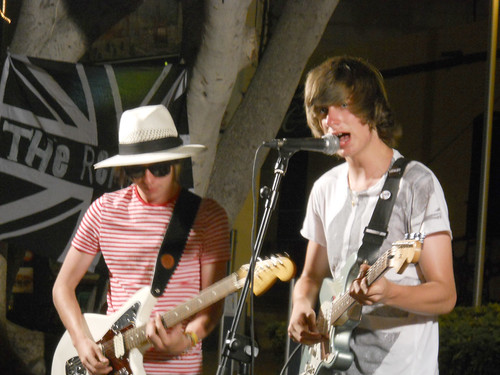 Sounding like veterans of the music scene and making me feel like an old dinosaur Luke ran through a bit of their history. “We all met at school and formed the band two years ago, I have been writing songs since I was 13” at this point brother Jack chipped in that he too was now penning a few songs. Playing clubs and bars around the Glasgow area, 20 miles from Cumbernauld, hasn’t been easy. “It’s tough fitting it in with school and our age means that some places can’t let us play but we have a good following, have a CD out soon and a few dates supporting rising band The Law.”
So make a note of the name The Replay these boys are determined to be taken seriously as musicians and have plenty of hunger for success. You can follow them at www.bebo.com/thereplay

Cheese, Wine & Franco in Tenerife News of the Week