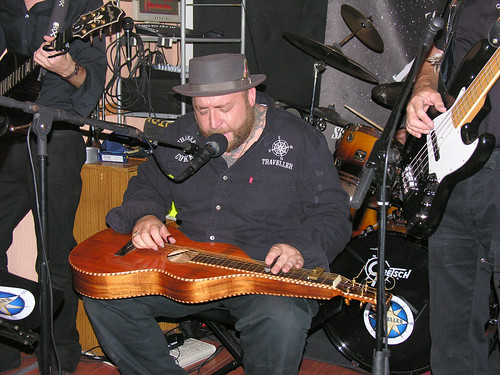 No one would ever moan at Whiskey, the lead singer of Traveller, for sitting down on the job, it’s the natural position to pluck a unique acoustic twang from a Weissenborn guitar. That was just the first surprise this Tenerife four piece of ex pat Brits had to deliver at the K9 charity night at The Heritage in Los Cristianos
Blues were on the menu and in just five months Traveller have cooked up a rich smokey mix that has got them noticed on the island music scene. Their appeal is about to spread far beyond the shores as The Crossing Roads, a self composed number, has been accepted by ITunes the world wide download site, a tough nut to crack. The criteria for acceptance is an original and marketable song that has to be approved by their selection board. 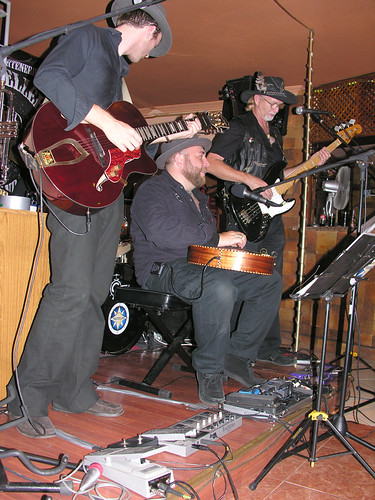 Traveller mix a few home penned songs with blues and rock classics, Whisky In The Jar, Red Red Wine and a slower deep south version of Sweet Child Of Mine all featured on this occasion. The band have a great love for classic rock and blues music and it shows in their delivery. Mr B provides the drum and percussion beat, Mad Dog weighs in with bass and vocal, Bluegrass is also on guitar but breaks off to use his harmonica to good effect on the Gerry and the Pacemakers favourite Don’t Let The Sun Catch You Crying. Whiskey put his Weissenborn lap steel slide guitar aside to take time out from his lead vocals to play the trumpet, it was all happening. 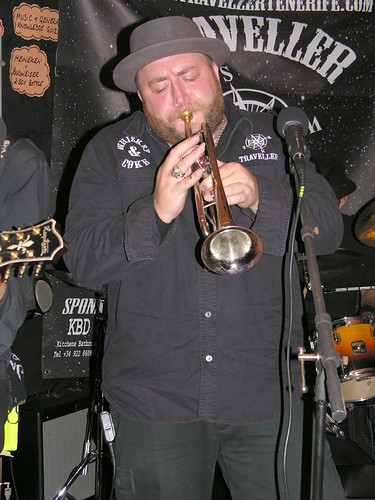 Taking a well earned cooler outside, the band talked about the journey so far. “I’m the only classically trained musician” confessed Whiskey “I studied trumpet and cornet but taught myself guitar in later years. Myself, Mr B and Bluegrass knew each other and got together a year ago but always knew we would need a bass player so once we found Mad Dog we made our live debut in June at Tajinaste bar in El Caldera just above Los Gigantes.”
Shared musical roots is not the only thing that binds Traveller. “That first concert we felt comfortable together but the energy of the band started to come through a bit later on. With our own songs, I write them,” said Whiskey. “But we all have an input when we start to rehearse them, all the cover songs have our own arrangement and we don’t use backing tracks.” The Crossing Roads is close to the hearts of this mature band and could open a lot of doors for them “it’s about growing up and making right choices” cue nods of recognition from Whiskey’s fellow Travellers. 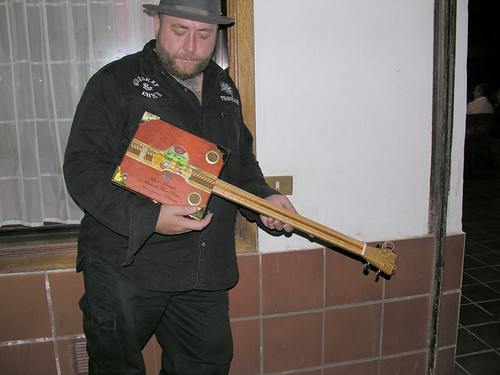 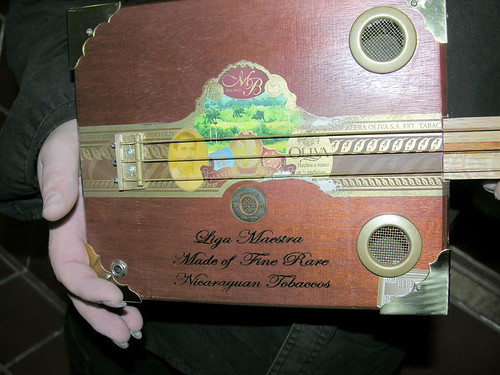 Whiskey admits to being a bit of a collector and as well as the Weissenborn he has a three string cigar box guitar “it’s a beauty, got a maple wood neck and had to be specially ordered from Louisiana.”
Live performance really fire up Traveller and their new single and CD were recorded in Los Gigantes church square recently. Traveller already have a following and hope to increase that gigging around the island and via their website plus Facebook and Twitter. look out for the men in black near you.