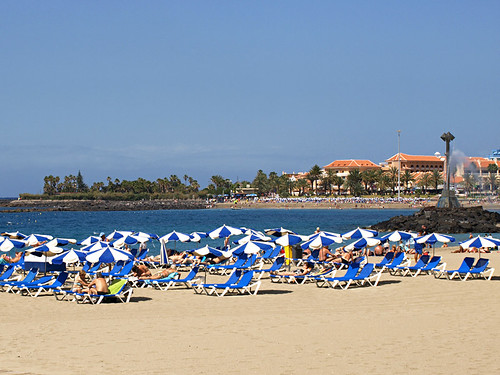 The Great New Canary Islands Tourist Strategy is…
…Let’s tell everyone that we have the best weather in the world. It might be true, but doesn’t everyone already know that what the Canary Islands are good for is ‘sunbathing weather’?
It seems that the strategy to deal with the threat of rival competitive tourist destinations is to remind everyone how good the weather in The Canary Islands is. But that’s not all. The strategic plan for 2012-2016 will target different sections of the tourist society, concentrating on promoting the Canary Islands to families with children, those who want to simply rest and relax and also to the more mature tourist market.
So let’s get this straight. The plan is to promote the Canary Islands in the manner they’ve been promoted since mass tourism began and to target those people that are already coming to the main islands like Tenerife in their millions. There’s nothing like innovation when it comes to devising tourist strategies… and this is nothing like innovation.

Travel is Cheap in the City
Or it will be after the release of the Bono 1 DÃ­a. The new bono, costing €4.50, allows unlimited travel on the Tranvia in the metropolitan area of Tenerife over a period of 24 hours. Although anyone will be able to buy the Bono 1 DÃ­a, it has been introduced mainly for the tourist market, especially cruise passengers. As well as being able to scoot about the city willy nilly, bono buyers will be able to take advantage of special discounts in over 800 establishments in the metropolitan area.

Buenavista’s Confusing Signs
This week the Nationalist Alternative Canaria party in Buenavista del Norte raised the issue of the ludicrous signs on the Punto de Teno road, asking once and for all for a decision to be made about the road linking Buenavista del Norte with Punto de Teno. Anyone familiar with these confusing portents of doom will understand why. The signs in a variety of languages were erected six years ago to warn drivers that the road was closed because of the extreme dangers of landslide in windy or rainy conditions. First time visitors to the area would be forgiven for thinking they were about to enter the DMZ such is the severity of their war zone style warnings. In true ‘this is Tenerife’ fashion, the road has never actually been closed despite what the signs say. Let’s hope it stays that way as it leads, albeit dramatically, to a beautiful part of the island.

And finally the TIT (This Is Tenerife) of the week award goes to”¦ Comisión Insular de Patrimonio Histórico
For the first time the Tribunal Superior de Justicia de Canarias has overruled a political decision to demolish four houses in an historical part of Santa Cruz. The listed buildings in El Toscal, a site of cultural interest, had been given the green light for destruction by… wait for it… the Comisión Insular de Patrimonio Histórico; basically the department responsible for looking after the city’s historical buildings. The four old houses were earmarked to be replaced by new constructions that would clearly not fit in with their historic surrounds. Only in Tenerife do you find that the greatest danger to the island’s heritage comes from its custodians. It’s good to see that there are those with Tenerife’s interests at heart in a position to stop them… this time. 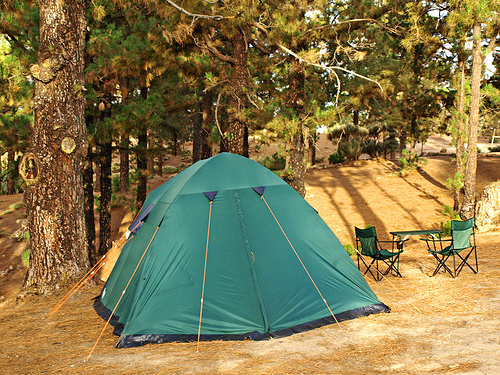 The Why, Where and How of Camping in Tenerife

Heatwave & Average Salaries in Tenerife News of the Week