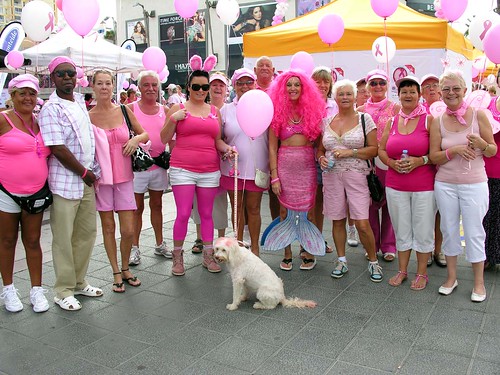 Of course there were tears but it was smiles and laughter that dominated the two thousand plus pink army that danced through the tourist heart of South Tenerife. The Walk For Life is a loud, musical, happy expression of hope and defiance for all those people and their families touched by breast cancer. This year there was a new route to spread the message to holiday makers, residents and all nationalities, that early diagnosis and huge strides in treatment means the war against this blight on life can and will be won. 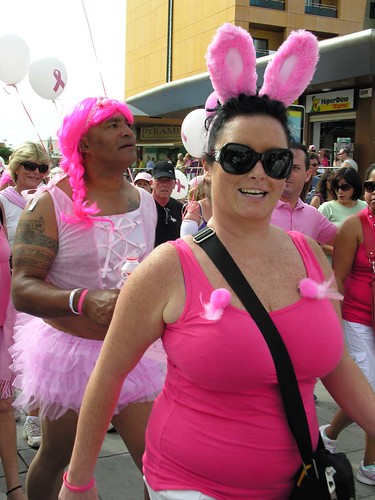 Anyone emerging from the nightclubs near the CC Gala start line feeling a little hazy may have doubted their vision as pink took on the form of bunny ears, wings, wigs, and a whole tide of balloons for women and men. Some brought their dogs with them suitably tinted and decorated for the morning.

Recent years had seen the walkers hug the coastline on the way into Los Cristianos but this time they spilled into Avenida Rafael Puig, crossing the border from Arona to Adeje. Sueños del Sur samba band led the way and provided the infectious beat as they put their best feet forward. Hotel balconies filled up and sun bed worshippers pressed their creamy bodies against pool fences to enjoy the passing parade. 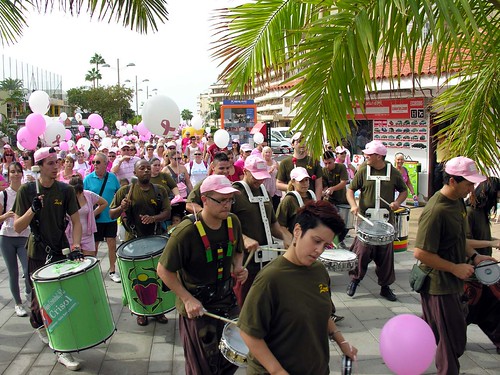 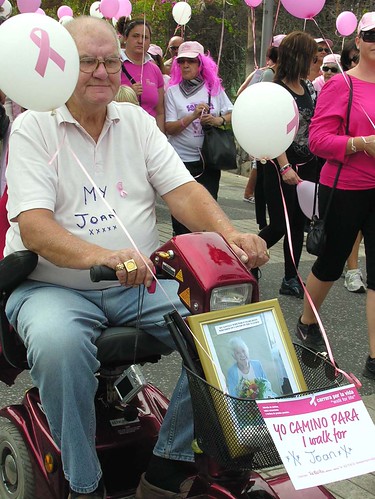 Many wore signs dedicating their walk to lost loved ones and others carried photos to inspire them. So many stories were contained within those jaunty steps but everyone had found something positive to hold on to, maybe increased hope for the next generation or a raised awareness that could save a life. As a party, it stood strongly in its own right, even the climb up into San Eugenio seemed easier with friends on every side. At one stage some hairy bikers roared by, they too had added touches of pink, one even had a cute pink teddy bear tied to the bike. 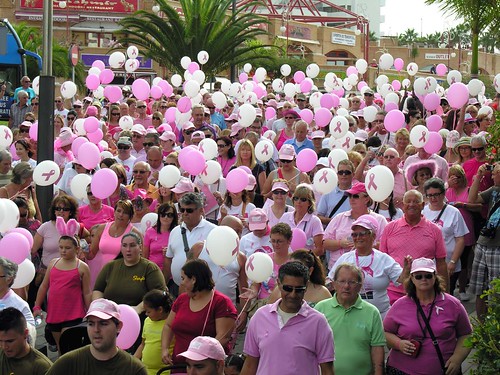 Pouring down into Fañabe, the walkers could feel the sea breeze and see the finish line as they spilled onto the promenade. As they entered the park area in front of the stage, a flotilla of pink and white balloons was released into the sky to rousing applause. The swimmers of Tenerife Masters had their own transport and plunging in at Puerto Colon they were rounding the point ready to swoop onto the beach. The pink skull caps made them easy to spot and their close grouping enabled them to take a well deserved bow before touching dry land. 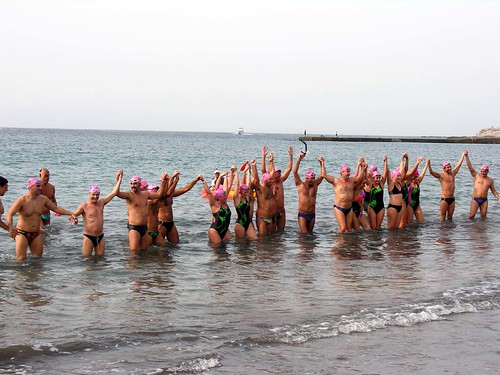 This year’s total raised stood at 15,000 euros immediately after the walk but the work goes on to raise money for the chosen cancer charities AECC and AMATE. The 2012 calendar featuring the swimmers is on sale for 10 euros and already plans are being drawn for next year. For now though, a lot of feet will be kicking off shoes and socks and wiggling in a bowl of water. For more photos follow this link. 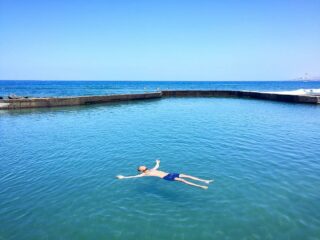 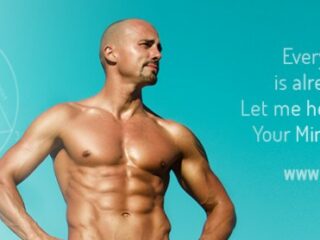 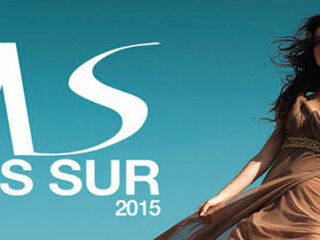