This month Ken takes his Shifting Sands on a journey that relates how one remarkable family have woven themselves into the very fabric of Tenerife society, giving their time, energy and unrivalled knowledge of their adopted home to preserve its precious heritage. From the enduring enigma of Tenerife’s pyramids to the mysterious case of the camel bones, Ken introduces us to the Baillon family. Ed

Austin Baillon passed away on May 23rd 2012 at the age of 92. He is sadly missed by all who came into contact with him. 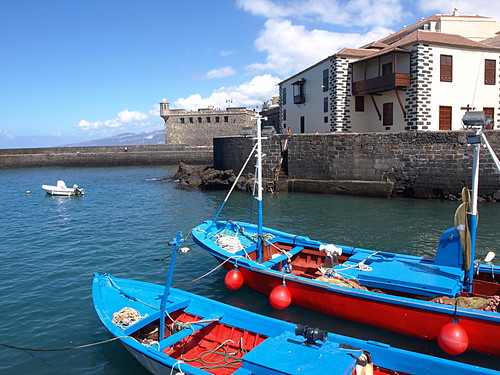 When Austin retired to the town of his birth in 1975, he set about collecting everything he could about the local history. He was a fount of knowledge for all the young historians and reporters who asked for his help. His door was also open to visitors from overseas in their various quests. Austin and Julia, his wife, rescued the old Customs House in Puerto de la Cruz from its dilapidated state and made it their home. His book Misters: britanicos en Tenerife is a pictorial masterpiece of life in the Orotava Valley at the beginning of the 20th century. However, Austin wasn’t the only member of the family to lend a helping hand to visitors and friends.

It all began when Alexander Baillon, Austin’s father, was the manager of Fyffes banana plantation in southern Tenerife at Hoya Grande. During the summer of 1915 he was visited by Dr. Earnest Hooton, an anthropologist, who had been sent by the Peabody Museum of Cambridge, USA to collect and bring back some Guanche remains. Hooton headed for the many unexplored caves in the south west of the island and, after being transported there by the Fyffe’s steamer, had the added good fortune of meeting Baillon

Alexander organized expeditions in the hills between Adeje and Guia de Isora in search of caves, most of which were difficult to reach. Employing the local men, who Baillon called “the chamois“, they soon collected all the samples which were necessary. These were boxed, labelled and prepared for shipment to the U.S.A. 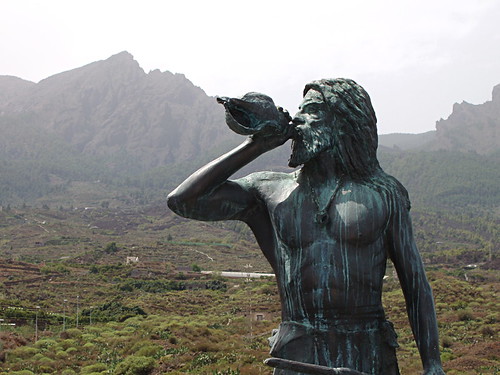 Then disaster struck when the Governor rescinded the permission to Hooton to export the samples. He was reacting to protests in the press. Hooton was disconsolate. Baillon promised to help him. A sergeant of the Civil Guard arrived at the Fyffe headquarters with orders to confiscate everything. However, the sergeant’s heart softened (I’ll leave the reader to guess why) and he suggested to them to package all the bones that were surplus to requirements. He would then deliver them back to headquarters. Unfortunately, this deal fell through when both Hooton and Baillon refused to sign a sworn declaration declaring that the boxes delivered amounted to the complete stock. Hooton returned to America bone-less to tell his superiors that he’d failed. Baillon was ordered to deliver the boxes to the Town Hall in Adeje which he did.

Here the story takes a twist. The Secretary of the Town Hall was an ex-employee of Fyffes and very friendly with Baillon. The two hatched a plan. A few days later, in the dead of night, an identical number of boxes were delivered to the Town Hall, deposited there and the originals were returned immediately by the same means of transport. Baillon quickly shipped these to the Peabody Museum. There were no repercussions, ever. Alexander later explained that the replacement boxes contained bones of camels, donkeys and horses. In 1925, Hooton published, The Ancient Inhabitants of the Canary Islands, the book that established his glittering career in the field of physical anthropology.

Austin and Julia’s son, Andrew, continued the family tradition.
Gordon Kennedy is an organic farmer in California. He is also one of the foremost experts on the pre-Hispanic history of the Canary Islands and has collected a massive archive on all things written about the Guanches, the extinct indigenous race who were finally conquered by the Spanish in 1496.
Imagine his excitement when in March 1990 he read in a newspaper printed in Tenerife in English an article entitled “Pyramids in the South: The Mysterious Terraces of Chacona“. There were photos of stepped pyramid structures together with the declared opinion that these were of Guanche origin. Gordon needed to make contact and wrote 2 letters ““ one to the newspaper and one to the author through the newspaper. Neither received a response.

In a later issue Gordon was attracted to a headline – “Andrew Baillon makes sure the King of Rock is not forgotten“.
So Andrew was an Elvis fan too. Acting on impulse Gordon wrote a letter to Andrew saying that he needed photos of the pyramids situated in Guimar and in return promised to ship Andrew a parcel of Elvis memorabilia. The letter was addressed simply to Andrew Baillon, Puerto de la Cruz, Tenerife and sent more in hope than anticipation.
Gordon had no idea that the recipient was a member of one of the best known families in the north of Tenerife. Naturally, the letter was delivered. 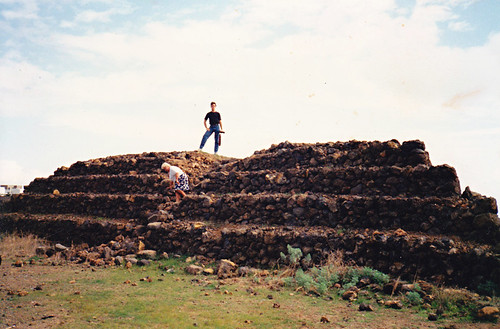 In January 1991 Kennedy received a packet of photographs as requested. Gordon duly sent on the Elvis memorabilia to Andrew.
Gordon Kennedy when told of Austin’s death wrote, “They were a remarkable family”. They still are. Julia allowed me to read the unpublished memoirs of Alexander Baillon for this story.

The above image of Andrew Baillon standing on top of the Chacona pyramid pre-dates Thor Heyerdahl’s connection with the GÃ¼Ã­mar pyramids and is one of the photographs in Gordon Kennedy’s collection . 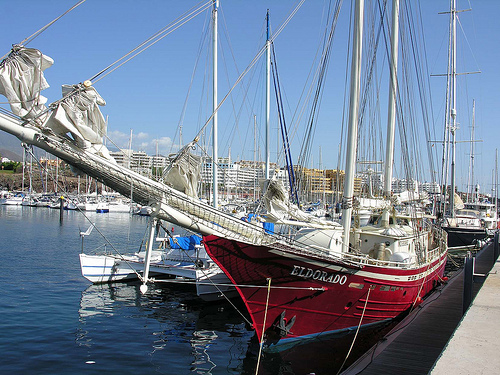 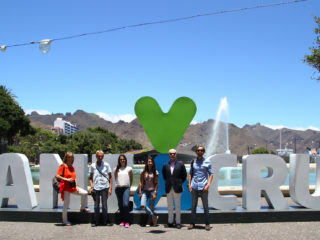 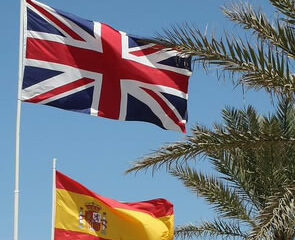