As the temperatures have been threatening to blow the top off the thermometers in Tenerife over the last week, we thought it was appropriate to use a photo of a beach as the “Where on Tenerife is this?’ photo challenge for September.

But we’re not going to be sneaky and publish a photo of some obscure and remote cove that you have to walk for half a day to find.

This long black sand beach below the cliffs is popular enough with sunbathers to warrant a restaurant so you might think that would make it mainstream enough to be easy to identify…we’re not so sure. 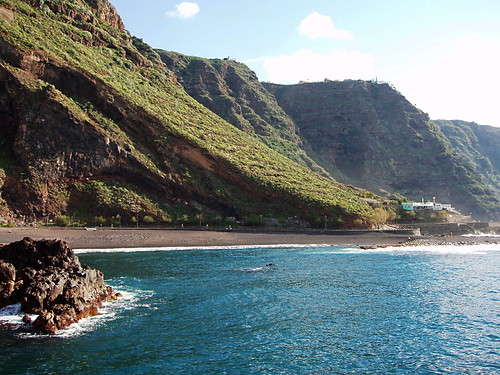 Access to this beach is quite unique…but where on Tenerife is it?