We don’t know if our last photo challenge of 2010 is going to prove a difficult one or not. It’s certainly a unique scene and here at TM we aren’t aware of any other open air churches like this on Tenerife. In theory that fact should make identifying where it is that little bit easier. If you’ve ever passed this place how could you fail to notice it?

However, it isn’t located on one of the more popular tourist routes on the island and that just might make it a teensy bit more taxing. 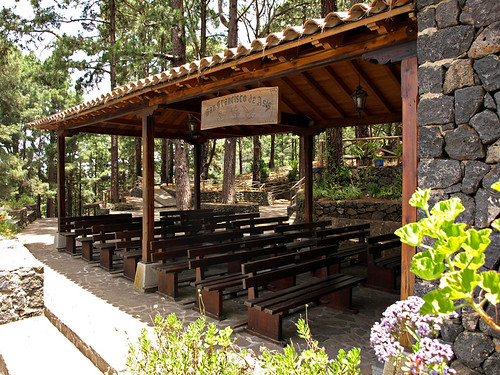 We reckon that this enchanting wood and stone church sitting in the middle of the pine forest looks as though it could be straight out of The Waltons, but where on Tenerife is it?

@TenerifeMag
Our team had a great time at @NebulaCallao. Probably one of the best places for food and cocktails in Callao Salvaj… https://t.co/Mvtcknfs79
31 days ago
Follow