On the 9th and 10th September 2011, 15 climbers from Switzerland, France and Spain will walk away from the surfers and sunbathers at El Socorro Beach in Los Realejos and will begin a climb that will take them up 3718 metres over a distance of 30 kilometres. And every step they take will give a child a chance to live a life outside of hunger and despair.

“My first step in Cambodia was in Poipet. We crossed the border at Poipet – a huge slum on the border with Thailand. The first night, we went out of the association premises and had to be accompanied by a policeman as the area was very insecure at night. And there, in the middle of the slum and traffic, you could find children, fighting for survival, carrying big boxes, collecting the food left over in the street.”

For freelance web consultant Ernst Décsey who had taken a few months out of his life to travel to Asia to volunteer his time and expertise to helping deprived children, it was a raw introduction to the cause he has continued to actively support for the next 13 years. 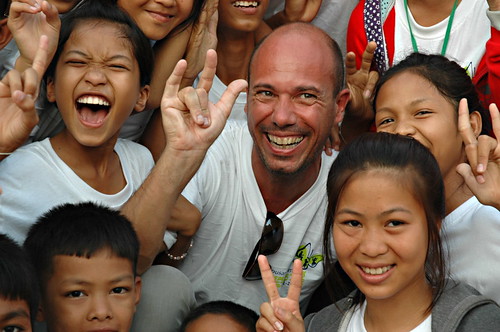 The Cause
This year Krousar Thmey (meaning New Family in Khmer), the Cambodian charity dedicated to supporting children in difficulty celebrates its 20th anniversary. Krousar Thmey are not affiliated with any religious or political ideology. Respecting the culture and traditions of every child, they provide materials, education and social assistance to 4000 of Cambodia’s children who are most at risk, finding foster homes for street orphans, funding orphanages and all Cambodia’s schools for deaf children and blind children. To mark the anniversary, a team of volunteers have set themselves a mountain to climb, both figuratively and literally. Led by Ernst Décsey, the team intend climbing Mount Teide from sea level to peak in two days and they need sponsors to help them with every step. 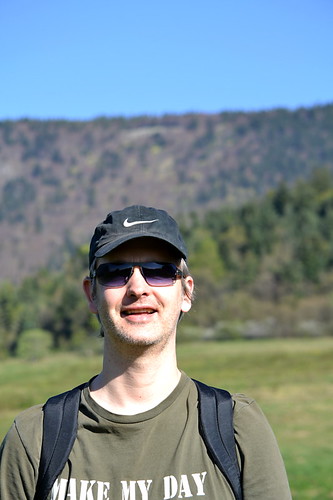 In between training in the French Alps and trying to raise sponsorship, I caught up with Ernst (above) and asked him how a Swiss web consultant had become involved in a Cambodian children’s charity.
“I heard of Krousar Thmey through a professor at my university and I contacted them before visiting Cambodia in 1997. They liked the idea of building a web site, so I went and visited them. I stayed with the association for 3 weeks. When back in Switzerland I built their first website and became a member for the Swiss support Committee.”

“Krousar Thmey is an amazing association,” Ernst tells me. “Its administrative expenses are less than 4% per year, something very rare in the humanitarian world. The association was founded 20 years ago and is now run by Cambodians, for Cambodians. This was the objective of the founder, Benoit Duchateau-Arminjo, who also decided right from the start to focus the help towards the most deprived children, the deaf and blind. When I was in Cambodia I immediately felt that Krousar Thmey was outstanding for its philosophy, its management and the trust it put in Cambodians.”

The Challenge
It was while climbing in the French Alps that Ernst completed his first 3000 metre climb and like everyone else who achieves a personal best, he immediately started thinking about his next, and bigger climb. But this time he wanted to do it to raise funds for the organisation he had seen making such huge life differences to the children of Cambodia.
As Ernst has family living in the Canaries, climbing Mount Teide by a route that represents the largest vertical climb possible in Europe seemed the perfect project for 2011. 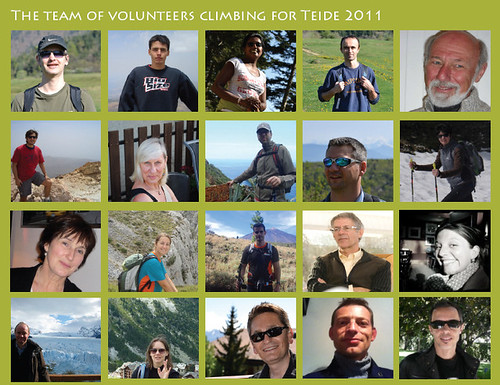 Out of the 15 person team, only three have undertaken the climb before. Beginning from sea level increases the challenge significantly and the climbers expect their first day to be extremely tough. They’ll climb 3200 metres over a distance of 25 kilometres with no water station en route which means they’ll have to carry four litres of water each. As much as the physical challenges, it’s the mental strength required to undertake the journey that will be the toughest part.
“Knowing that we do this for the children in Cambodia will motivate us!” says Ernst. “Knowing that people have made donations will be an encouragement for us to go higher and to reach the summit at 3,718 meters!”

The Pay Off
Teide 2011 needs sponsors to help the team to make it to the summit of Mount Teide. For every metre of sponsorship the team receive, they will be able to climb higher. For every 10 Euros they collect, the team will climb another metre which means they need 37,180 Euros to make it to the summit. Just to round things off, their target is 38,000 Euros. The team are all sponsoring their own costs and expenses and every Euro they make will go directly to Krousar Thmey.

The team will all assemble on Tenerife on 8th September in preparation for their climb. Tenerife Magazine wishes them all the very best of luck and will be following their progress closely through their Facebook and Twitter.

Making A Donation
You can help Ernst and the team achieve their goal and you can make a difference to a child’s life by making a donation. It doesn’t matter how much or how little you give, every cent is a step closer to their target. You can donate directly online or arrange a bank transfer at the Krousar Thmey website.