Now summer is officially here and before the thermometer loses its head entirely, it’s the ideal time to explore Tenerife’s east coast. Around Puertitio de GÃ¼Ã­mar the default setting is sun and there’s very little shade to be found, but the near-constant breeze keeps everything just the right temperature for exploring the coastline. 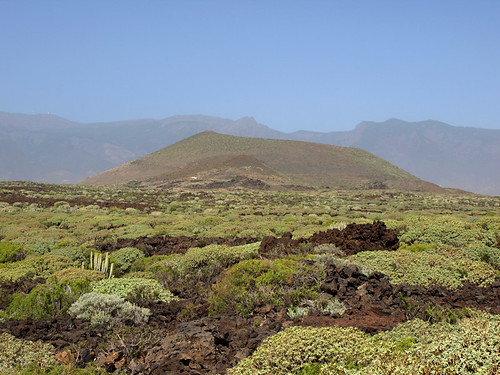 Why this way?
For many people, the east coast of Tenerife is just a blur seen from the window as they travel along the TF1. But leave the motorway and head down towards the coast, or up into the hills and you discover a very different side to Tenerife. Less conducive to taming than its southern and western counterparts, the east has escaped over-development and there are many parts where nature still holds sway with wide, open spaces, where you can walk for hours and not meet another soul.

Hot, dry and windy, the central eastern coastline is largely what is known as malpaÃ­s (badlands); arid scrub land with desert-like conditions. To look at it from a distance, you might be forgiven for thinking that nothing grows or lives here but in fact, the malpaÃ­s is home to 150 species of flora which support 100 types of insect and 60 types of butterfly, not to mention the thriving communities of lizards that accompany your every step. 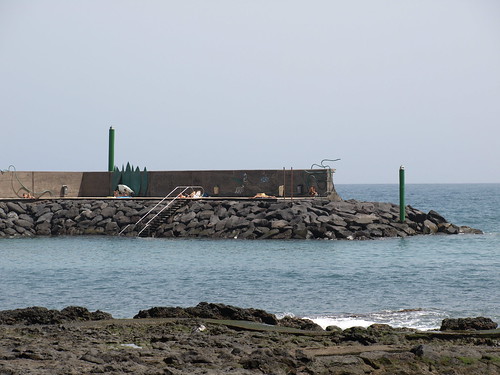 But the best reason of all for choosing Puertito de GÃ¼Ã­mar as a walking base is because of its great seafood and tapas restaurants and the little port with its stylish boardwalk where swimmers and sunbathers frolic. There can be few better places to end a hike with a swim, lunch and a beer, not necessarily in that order.

Hike this way
The clearly marked path begins just outside Puertito de GÃ¼Ã­mar and follows the coastline past a shanty town of former military installations which have been extended haphazardly using a spirit level that was clearly far more spirit than level. It should look like an eyesore, and indeed it largely does, except that there’s something compellingly ideal about its simplicity and I could easily pull up a deckchair and spend the day just idling here. 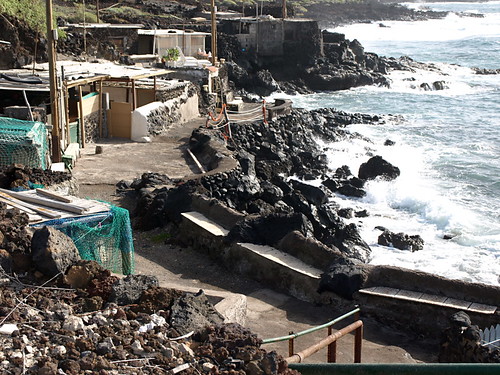 The path winds its way through clumps of pink marine thyme and bright green sea lettuce until it reaches Montaña de la Mar which should be awarded a prize for self delusion as, rising to no more than a paltry 27 metres above sea level, it barely deserves the title hillock, let alone mountain.

As the trail reaches the base of Montaña Grande the vegetation morphs into tall grasses and sweet tabaiba and everywhere, lizards scurry through the undergrowth, foraging for food. From the mountain a path leads back, zigzagging round islands filled with the fat spikes of cardón, to Puertito and that promise of a cold beer and lunch.

Stroll this way
The great thing about walking around the malpaÃ­s of GÃ¼Ã­mar is that you can set out from Puertito and just stroll along the coastal path, spotting nice pieces of driftwood and all sorts of detritus washed up by the tide. 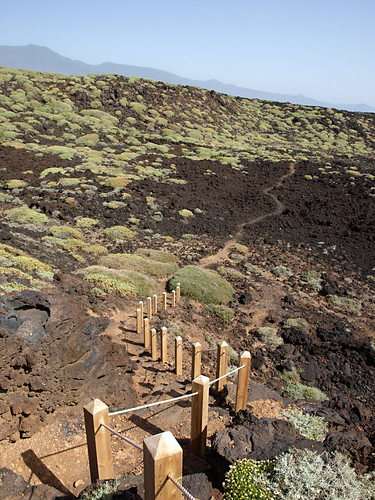 Beyond the turn off for Montaña Grande the path continues to the tiny coastal settlement of Socorro with its beach houses and its two chapels ““ one above, one below ““ and its little beach of Chimisay where the miraculous discovery of the Patron Saint of the Canary Islands, the Virgin of Candelaria took place. For such a momentous event, you might expect there to be an ostentatious monument or two but in fact, there is just a simple cross set in a block of concrete. The ostentation is preserved for the Candelaria Basilica. 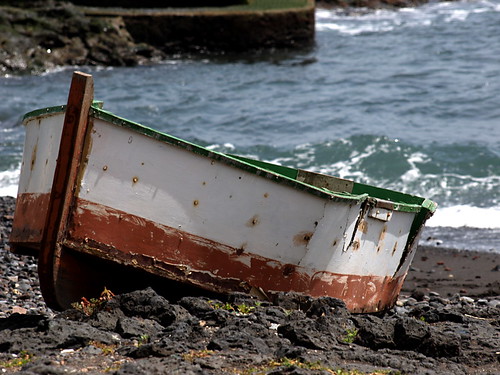 My way
Peaks: The aces in GÃ¼Ã­mar’s pack for me are the wide open emptiness of the plains and the lovely El Puertito as the start and end points. Keep an eye out for plovers and turnstones fishing amongst the rock pools.

Troughs: The scenery could get a bit monotonous if you were to walk here every day and the lack of trees and natural shade mean it’s best to avoid high summer days when the breeze drops.

My view: 2.5 Stars ““ This is an easy, pleasant walk which offers a landscape which is more akin to the Eastern Canary Islands. I particularly like the abundance of grasses around Montaña Grande, particularly in spring and early summer.